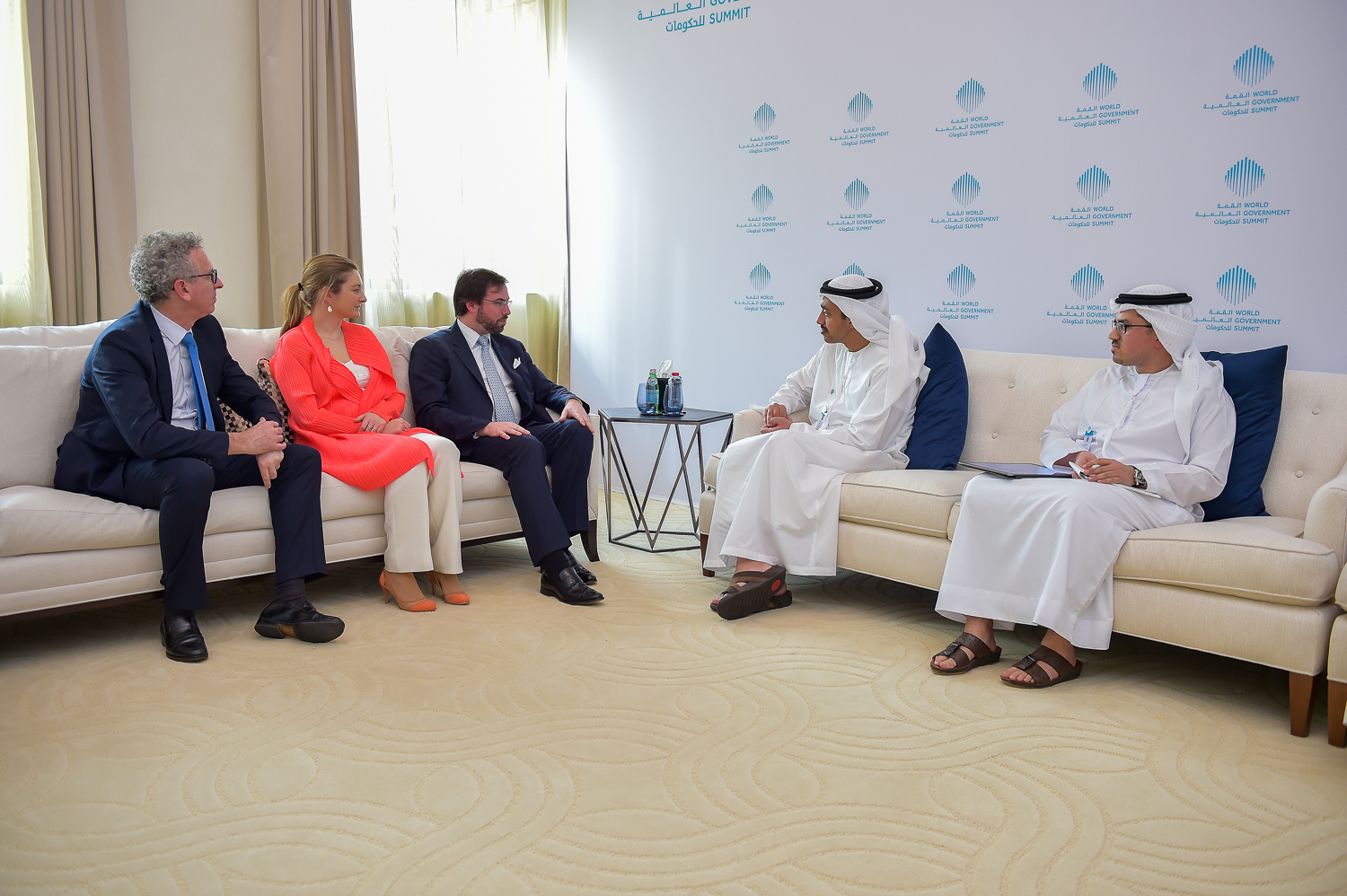 The meeting, held on the sidelines of the 5th World Government Summit in Dubai, focussed on co-operation between the UAE and Luxembourg, and ways to strengthen them in a bid to come up with new opportunities for joint action.

Both sides exchanged their views on several issues of common interest, and the latest regional and international developments.

Welcoming the visit of the Grand Duke and the Grand Duchess, the UAE minister stressed his country’s keenness to boost relations and co-operation with Luxembourg. He expressed his best wishes for the Duchy of Luxembourg and its friendly people, their progress and prosperity.

The Grand Duke and the Grand Duchess also lauded the leading position held by the UAE at regional and international levels. Prince Guillaume also stressed his country’s keenness to enhance co-operation with the UAE in various fields.