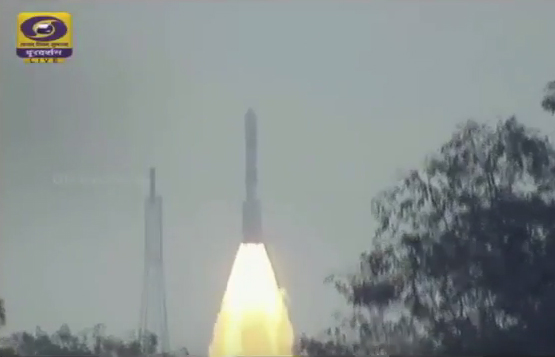 In his statement, the Ambassador said, " It has a special significance for bilateral relations in the context of understanding reached between India and the UAE for cooperation in the exploration and uses of outer space for peaceful purposes following the visit of His Highness Sheikh Mohamed bin Zayed Al Nahyan, Crown Prince of Abu Dhabi and Deputy Supreme Commander of the UAE Armed Forces in February 2016 which was renewed during His Highness historic visit last month."

Ambassador Suri added, "I see this as an important milestone in our vibrant relationship. Building a satellite within a university campus in Sharjah is testimony of the ingenuity, vision and technical capacity of the young students. Its launch along with 103 other satellites today is evidence of India’s growing reputation as a world leader in space technology."

The ISRO has launched a record number of 104 satellites in total from seven countries weighing 1378 kg.

After a flight of over 16 minutes, the satellites achieved a polar Sun Synchronous Orbit of 506 km inclined at an angle of 97.46 degree to the equator. All the 104 satellites later successfully separated from the PSLV in a predetermined sequence.