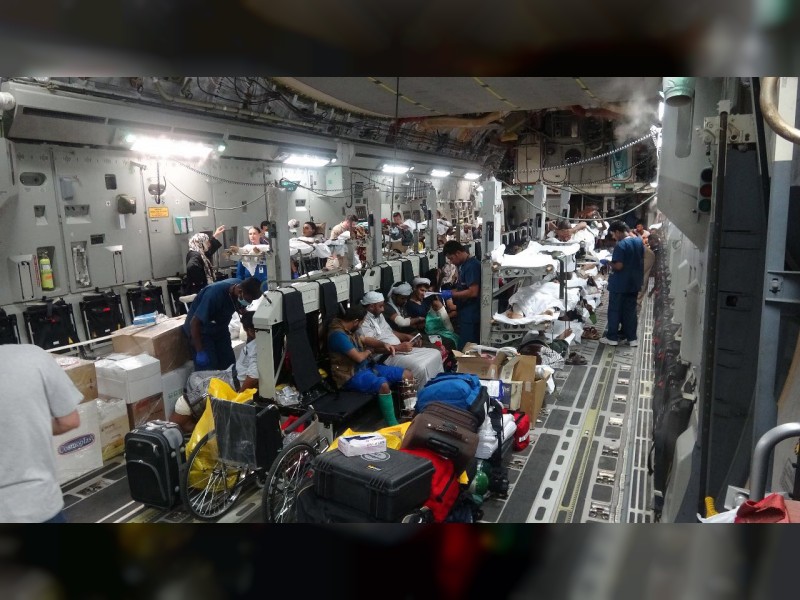 "The Emirates Red Crescent’s sponsoring of the treatment of 53 injured Yemenis affected by the Yemeni war at Indian hospitals is the latest in a series of such generous activities it has initiated," said The Gulf Today in an editorial on Monday.

"The Emirates Red Crescent, ERC, will bear the cost of 42 health companions who will travel along with the injured to ensure that their health and psychological conditions are met within the psychological and moral support programme provided by the ERC in such cases.

"The ERC has also signed an agreement with a local contractor and the Directorate of Public Health and Population of Rudum District, Yemen’s southern governorate of Shabwa, to fund restoration and maintenance of a healthcare centre in Arqa town.

"The continuing atrocities by the Houthi militias are aggravating the situation and leading to immense suffering of the Yemeni people.

"There can be no doubt that the humanitarian and health situation in the country has reached catastrophic levels primarily due to the intransigence of the militias who prevent the entry of relief aid and medicines to the various Yemeni regions.

"According to Dr. Mohammed Askar, Yemen’s Deputy Minister of Human Rights, about 37,888 Yemeni citizens have been killed and injured by the rebel Houthi-Saleh militias in their war against the state. Of these 811 women, 1,002 children and 9,160 men were killed, and some 27,077 people were injured by the rebels.

"In more brutal moves, the Houthi-Saleh rebel militias have also destroyed the country’s infrastructure and converted schools and hospitals into military installations and training centres.

"As Askar points out, the Houthi-Saleh militias destroyed 29,422 buildings, including 3,556 public properties such as schools, hospitals, water systems, power grids and telecommunications networks. They blew up 25,865 homes, shops, vehicles, farms and factories.

"That’s not all. The human rights violations by the Houthi-Saleh militias continue in varied other ways. They have inflicted mass punishment, including starvation, blown up houses and in inhumane ways besieged cities to block delivery of food aid and humanitarian relief to helpless civilians.

"The council should immediately enforce its resolutions on Yemen and Resolution 2216 in particular," the paper concluded.