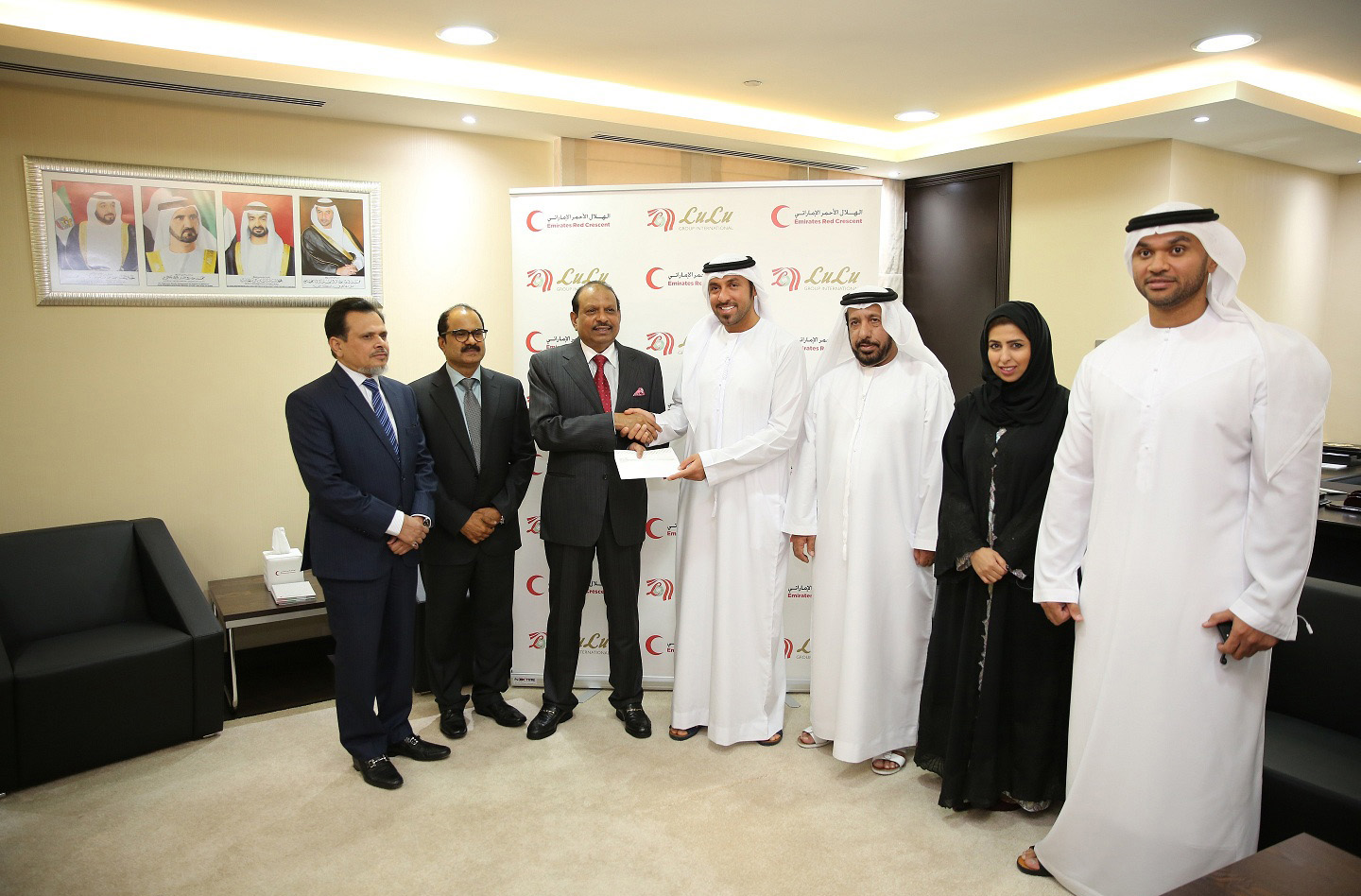 ABU DHABI, 5th June, 2017 (WAM) – The Lulu Group International has announced an annual donation of AED1 million, to support the Emirates Red Crescent, ERC, humanitarian and development programmes for 10 years, as part of its initiatives in the Year of Giving.

This announcement was made during the visit of Yusuff Ali, Managing Director of the Lulu Group International, to the headquarters of the ERC, where Dr. Mohammed Ateeq Al Falahi, Secretary-General of the ERC, and several officials welcomed him. Al Falahi received a cheque for AED1 million from Yusuff Ali, representing the group’s donation for the current year.

Yusuff Ali stressed that the Lulu Group International is always committed to its social responsibilities and contributes by co-operating with its humanitarian partners, with the ERC as its main partner.

He added that the group is always keen to respond to the call of humanitarian duty and interact with the initiatives of the ERC, as it strongly believes in the ERC’s role to rescue victims all over the world. He also expressed his appreciation for the ERC’s vital initiatives, its rapid response to crises and disasters and its solidarity with victims, making it a leading humanitarian institution.

Dr. Al Falahi expressed the ERC’s appreciation for the group for its support for the ERC’s activities while highlighting that the group is a permanent partner and fundamental supporter of its programmes, both inside and outside the UAE. He added that these actions have opened wider horizons of co-operation with the group, to fulfil its social responsibility and support the national economy.

Dr. Al Falahi stated that strengthening its partnership with national institutions, especially economic institutions, is a supreme goal that the ERC desires to support its capabilities, under the monitoring of H.H. Sheikh Hamdan bin Zayed Al Nahyan, Ruler's Representative in the Western Region and Chairman of the ERC. The ERC has taken greater steps in this direction and has created many strategic partnerships with several authorities and economic institutions, causing a qualitative leap in its programmes and development projects.

Al Falahi highlighted that the ERC has adopted initiatives and ideas to gather the support of those who are charitable and good, for the benefit of people with humanitarian issues. Due to its good planning, it was able to establish focussed and constructive partnerships with the private sector that contributed in providing financial earnings, enabling it to fulfil its commitments towards those targeted by its services, both inside and outside the country.