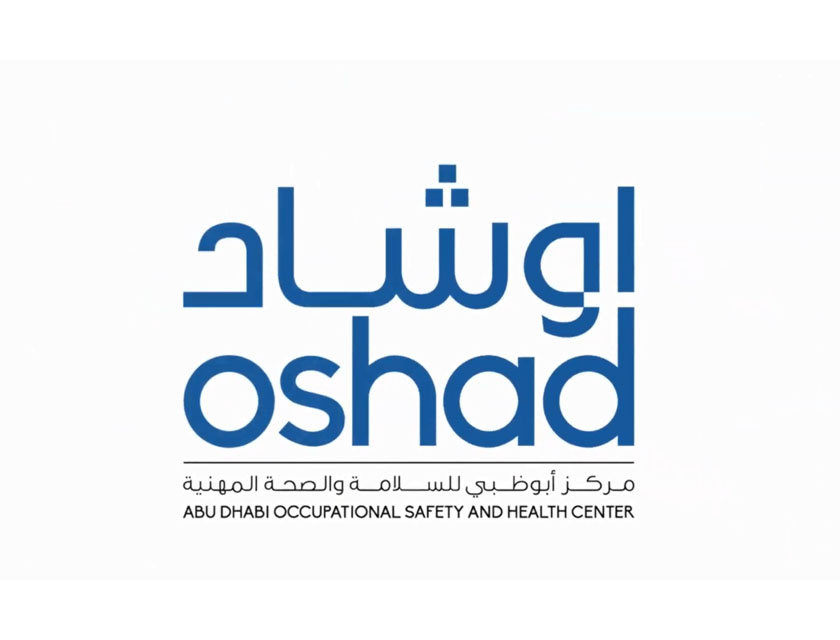 ABU DHABI, 7th June, 2017 (WAM) -- The Abu Dhabi Occupational Safety and Health Centre, OSHAD, has accomplished a new achievement, after a series of achievements in recent years, by obtaining an international accreditation from an Australian organisation, Exemplar Global, one the largest international companies in the field of continuing professional development for individuals seeking professional recognition to improve their international careers.

This system was previously adopted by the International Register of Certificated Auditors, IRCA, one of the largest international organisations in the field of accrediting auditors.

Dr. Jaber Eidha Al Jaberi, Director-General of OSHAD, stated that the centre is the competent authority that manages the system of Abu Dhabi, which aims to provide safe and healthy working conditions for all employees in the emirates, as well as reduce occupational injuries. Therefore, the centre is keen to register the system among the alternative standards of recognised international organisations, he added.

He stressed that this accreditation is considered a crucial step, as accredited auditors of occupational safety and health systems play a key role in guaranteeing the requirements of the emirate’s system. He also called on all public and private authorities, including in high-risk sectors, to adopt an accredited system to manage occupational safety and health. He highlighted that the system requires accurate annual auditing by an internationally-accredited third party, which should be, along with the auditing company, registered with the centre. Therefore, the auditor’s registration in the "Qudrat" registration system requires him to obtain an international certificate from the international body.

The adoption of the emirate’s system among alternative standards by IRCA and Exemplar Global is considered an important achievement by OSHAD, to implement Abu Dhabi’s system of occupational safety and health.