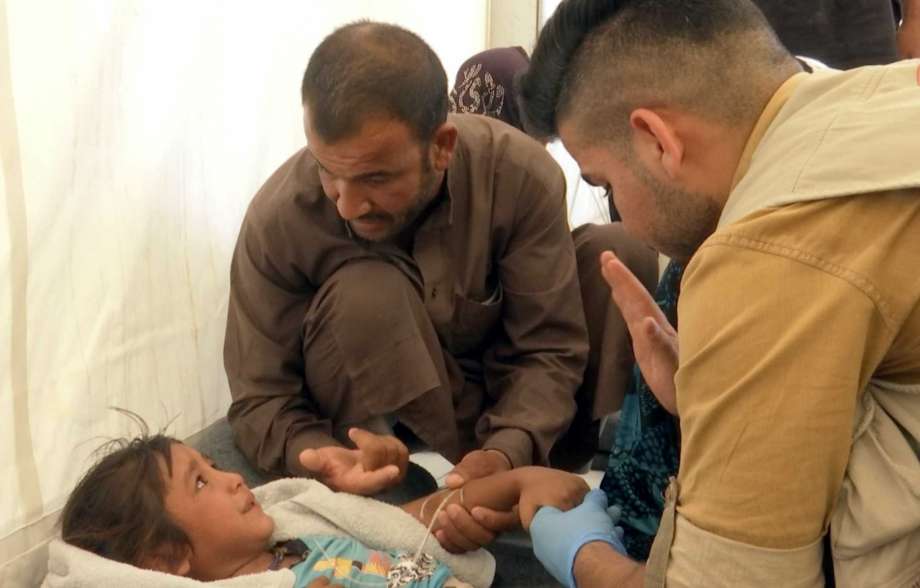 According to Iraqi medical sources, most cases of poisoning were controlled by the Erbil Health Directorate, which mobilised its entire cadre for this purpose.

Raad al-Dahlaki, Chairman of the Iraqi Parliament Migration and Displacement Committee, said that a delegation from the committee went to the camp in Nineveh governorate to investigate the accident.

The Khazer camp, located 30 kilometres east of Mosul, is one of four camps set up by the United Nations in cooperation with the Kurdistan Regional Government in northern Iraq and a number of humanitarian organisations, to shelter displaced people fleeing their residential areas since the start of the military campaign to restore the city of Mosul from Daesh.