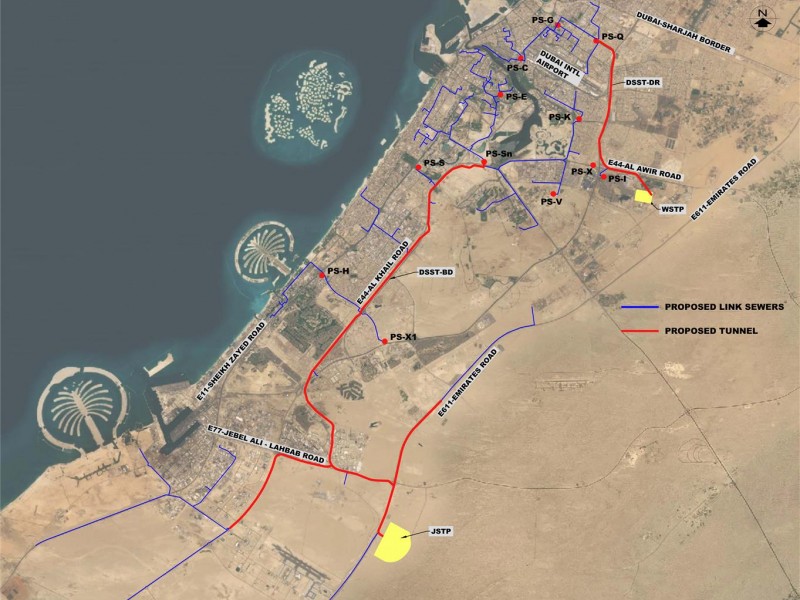 DUBAI, 9th July, 2017 (WAM) -- The emirate of Dubai plans to have a new deep-tunnel sewerage system costing around AED30 billion by the year 2025 as part of the emirate's efforts to accommodate any future growth and meet long-term needs for used water collection, treatment, reclamation and disposal.

Dubbed the 'Development of the Century', the project should save millions of dirhams worth of maintenance costs and contribute to providing millions of cubic metres of irrigation water to the benefit of the mega projects set for execution over the next years in the emirate.

Engineer Hussain Nasser Lootah, Director General of Dubai Municipality, has said the authority has finalised the landmark multi-phase development's feasibility studies where constructions work should start between 2019 and 2025, with its initial costs estimated at AED30 billion.

A consultancy is now conducting the project's initial design concept which should be received by Dubai Municipality in February 2018 before being thoroughly studied and referred to the municipality's technical committee for review and endorsement, said Lootah.

The project will be executed over six years in two phases, with the first to be launched in Deira District and the second in Bur Dubai, he said, noting that it will significantly reduce the running-cost of the sewage system, as it will replace the pumping stations that require electricity to run and periodic maintenance.