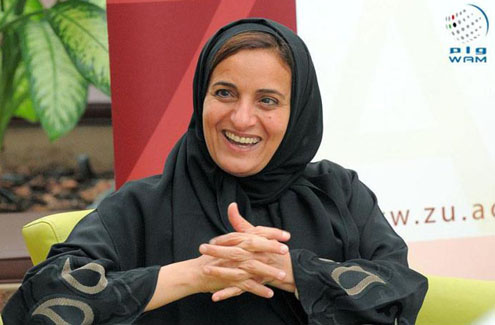 DUBAI, 18th July, 2017 (WAM) -- The UAE topped the list of countries with most powerful Arab women in 2017 with 18 of its citizens making it to the list, according to Forbes Middle East in its July edition.

The UAE was followed by Egypt with 16 women, Lebanon with 12 women, and Kuwait and Saudi Arabia with 10 and nine women, respectively.

The list included two sub-lists, 'The 100 most powerful Arab businesswomen', which was headed by Lubna Al Olayan, CEO of Olayan Finance Group, who is managing multi-billion dollar investments in the Middle East, followed by Lobna Hilal, Deputy Governor of the Central Bank of Egypt, and Rajaa Al Garg, administrative director of Issa Saleh group, in the third place.

Sheikha Lubna bint Khalid Al Qasimi, Minister of State for Tolerance, led the second sub-list of most powerful 10 women in the government sector, followed by Sahar Nasr, Minister of Investment and International Cooperation in Egypt, who signed three agreements worth US$227.9 million in a range of fields with German Minister of Development, and Ghada Wali, Minister of Social Solidarity in Egypt, in the third place.

The Banking and Financial Services Sector led the list of most powerful 100 Arab women with 29 businesswomen running financial institutions in the Arab region, followed by the diversified sector with 13 women, and the government sector with 11 women.

Kholoud Al Amyan, Forbes Middle East Editor-in-Chief, stressed that Arab women are not only leading businesses and occupying leading positions, but also are excelling in all fields, such as community service, sports, adventure and business administration, as well as social media outlets.