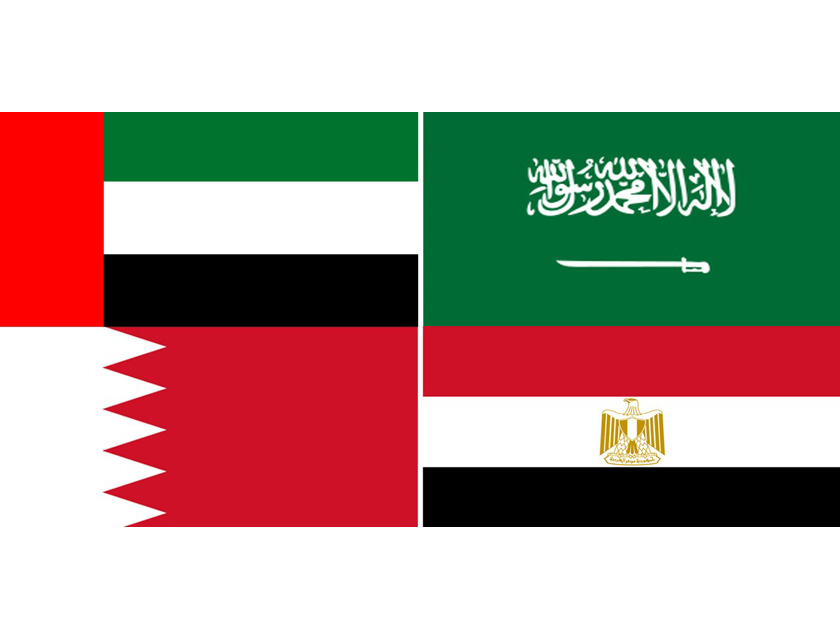 ABU DHABI, 24th July, 2017 (WAM) -- The United Arab Emirates, the Kingdom of Saudi Arabia, the Kingdom of Bahrain and the Arab Republic of Egypt have declared that in their firm and solid commitment to fight terrorism, cut off sources of funding, prosecute those who are involved in it, combat extremist ideologies and hate speech incubators, and through continuous assessment, they have announced the designation of 9 entities and 9 individuals on the lists of terrorist groups:

The terrorist activities of the aforementioned entities and individuals have direct and indirect ties with the Qatari authorities. The three Qatari individuals on the list, along with a Kuwaiti individual, have engaged in fund-raising campaigns to support Al-Nusra Front and other terrorist militias in Syria. The three Yemeni individuals and the three organisations in Yemen have provided support to Al-Qaeda, and have conducted actions on its behalf, mainly by using significant funding from Qatari charities, which are designated by the four states as terrorist entities. The two Libyan individuals and the six terrorist entities affiliated with terrorist groups in Libya have received substantial financial support from the Qatari authorities and played an active role in spreading chaos and devastation in Libya, despite serious international concern over the destructive impact of such practices.

While noting that the Qatari authorities had previously signed a Memorandum of Understanding with the United States to stop terror financing and then announced that it was amending its laws combatting terror, the four states consider this step, even if it is a submission to the tough demands to combat terrorism and one of many awaited steps to achieve the Qatari authorities' return to the right track, not enough.

Qatar's 2004 law neither led to combatting extremism, terrorism, and hate speech, nor did it end its financing and harbouring of extremist individuals and groups. On the contrary, these individuals and groups have expanded their presence and activity in and through Doha. The Qatari authorities have a long history in breaking all signed and binding agreements and legal obligations, the latest of which was the 2013 Riyadh Agreement and the 2014 Supplemental Agreement. It continued harboring terrorists, financing attacks and promoting hate speech and extremism.

The next long awaited practical step by the Qatari authorities is that of taking urgent action to prosecute terrorist and extremist individuals and entities, especially those on this current list and the previous one, which was announced on the 8th June, 2017, so as to confirm the credibility of its seriousness in renouncing terrorism and extremism, and its engagement in the international community fighting terrorism. To that end, the four states, along with their international partners, will monitor the Qatari authorities' commitment in not harbouring terrorists, supporting and financing terrorism, ending any promoting of extremist and hate speech, and financing of extremists inside and outside Qatar.

The four countries also affirm the continuation of their current measures, and possible future measures that might be taken, until the Qatari authorities are committed to fulfilling all the just demands, which ensure countering terrorism and maintaining security and stability in the region.