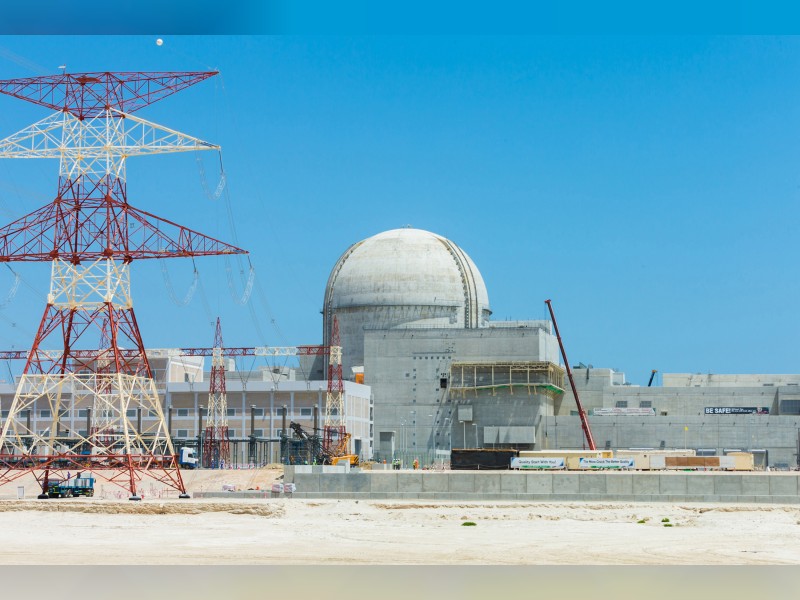 ABU DHABI, 25th July, 2017 (WAM) -- The Emirates Nuclear Energy Corporation has successfully completed cold hydrostatic testing, CHT, at Unit 2 at the Barakah Nuclear Energy Plant located in Al Dhafra Region of Abu Dhabi. The completion of this milestone, which concluded approximately 12 months after the same tests were successfully completed on Unit 1, demonstrates a commitment to achieving the highest international quality and safety standards, across the four units of the Barakah Plant.

The CHT verifies that welds, joints, pipes and components of the reactor coolant system and associated high-pressure systems are in line with the regulations of the Federal Authority for Nuclear Regulation, FANR. The testing, which is a crucial step in preparing the Unit 2 for nuclear operation, was preceded by the integrated flushing of the Unit’s Nuclear Steam Supply Systems, NSSS.

"Achieving CHT for Unit 2 is of great significance to the Barakah project," said Mohamed Al Hammadi, ENEC CEO. "As the delivery of the four nuclear units progresses, we ensure that all of the organisations working on the Barakah plant, the biggest nuclear construction project in the world, continuously look to improve the delivery of our programme through our acquired knowledge from preceding tests, units and works, making our project more quality and safety driven, as well as efficient."

"For Unit 2, the completion of CHT means that the second unit is closer to achieving its goal of enhancing energy security for the UAE , as well as its environmental sustainability by supplying the UAE with electricity produced with near-zero CO2 emissions," said Mohamed Al Hammadi. "I would like to thank the team of Emirati and international experts that worked on this achievement, and our extensive collaboration with our Prime Contractor and Joint Venture partner, the Korea Electric Power Corporation, KEPCO, continues to produce substantial progress at Barakah."

"ENEC and the UAE Peaceful Nuclear Energy Programme are an investment in the nation’s energy future as well as an engine of growth for the UAE economy in line with Abu Dhabi Economic Vision 2030. Through the provision of clean, efficient and reliable energy and the creation of high-value jobs in parallel industries, the UAE peaceful nuclear energy sector ensures continued prosperity for the nation," Al Hammadi concluded.

Preceding the commencement of CHT, the Unit’s NSSS were flushed with demineralised water before the Reactor Pressure Vessel Head and Reactor Coolant Pump Seals were installed. Following the installation of the seals, CHT began with previously processed water filling the primary circuit and being circulated by the reactor coolant pumps. The pumps will help to maintain the required operating temperature inside the reactor during operations.

Since its inception in 2009, ENEC has focused on the safe delivery of the UAE's Peaceful Nuclear Energy Programme and the establishment of a nuclear energy industry and sector in the UAE. Construction of Unit 2 commenced in 2013, and now is over 85 percent completed. Overall, construction of units 1 to 4 is now more than 82 percent complete.