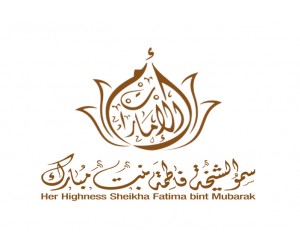 ABU DHABI, 29th July, 2017 (WAM) -- H.H. Sheikha Fatima bint Mubarak, Chairwoman of the General Women's Union, Supreme Chairwoman of the Family Development Foundation and President of the Supreme Council for Motherhood and Childhood, has launched the National Strategy for Motherhood and Childhood and the Strategic Plan for boosting the rights and development of children with disabilities 2017-2021.

Sheikha Fatima made the announcement during a speech delivered on her behalf at the New York University - Abu Dhabi, on Thursday, by Al Reem Al Falasi, Secretary-General of the Supreme Council for Motherhood and Childhood, SCMC.

Sheikha Fatima praised the swift action taken by the government to ratify the strategy, the plan and the decision to refer to children with disabilities as "Children with Determination."

Sheikha Fatima also announced that under the strategy and the plan, 15th March will be marked every year as "Emirati Children’s Day," to encourage children to exercise their rights and to honour mothers who work very hard to raise them.

She declared the formation of a national team with a mandate to oversee the new strategy and the plan, develop their executive programmes, and ensure that mothers and children are provided with adequate healthcare and the right environment to exercise their rights.

Sheikha Fatima revealed that the strategy and the plan were developed by the SCMC and the General Women’s Union, in collaboration with over 45 local and federal entities, as well as the UNICEF-Gulf Area Office.