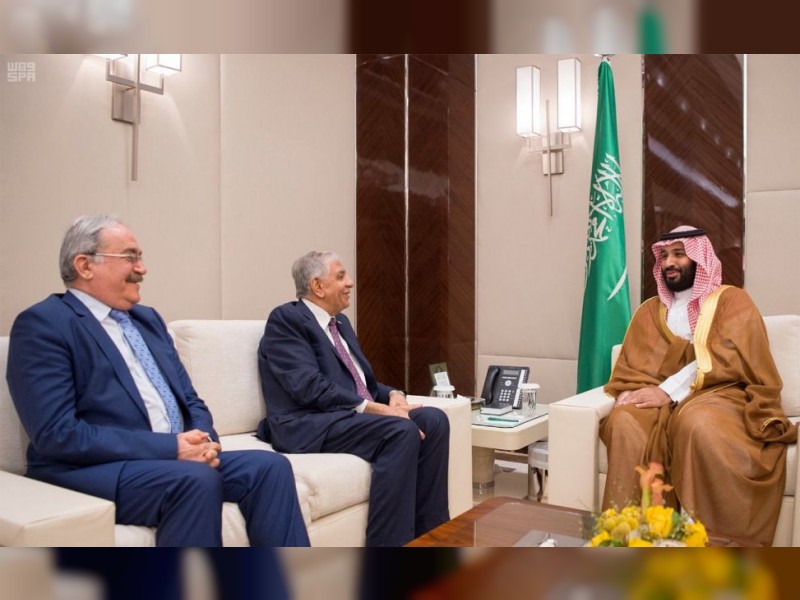 During the meeting, the two sides reviewed bilateral relations, especially joint opportunities in the economic fields in general and energy in particular, including the opening of land ports, direct flights and encouraging trade exchange and investments from the Saudi private sector.

The discussion also touched on the close cooperation between the two countries in the field of oil policy coordination and the confirmation of the two countries full commitment to the agreement to reduce oil production until the markets reach the target balance of this agreement.