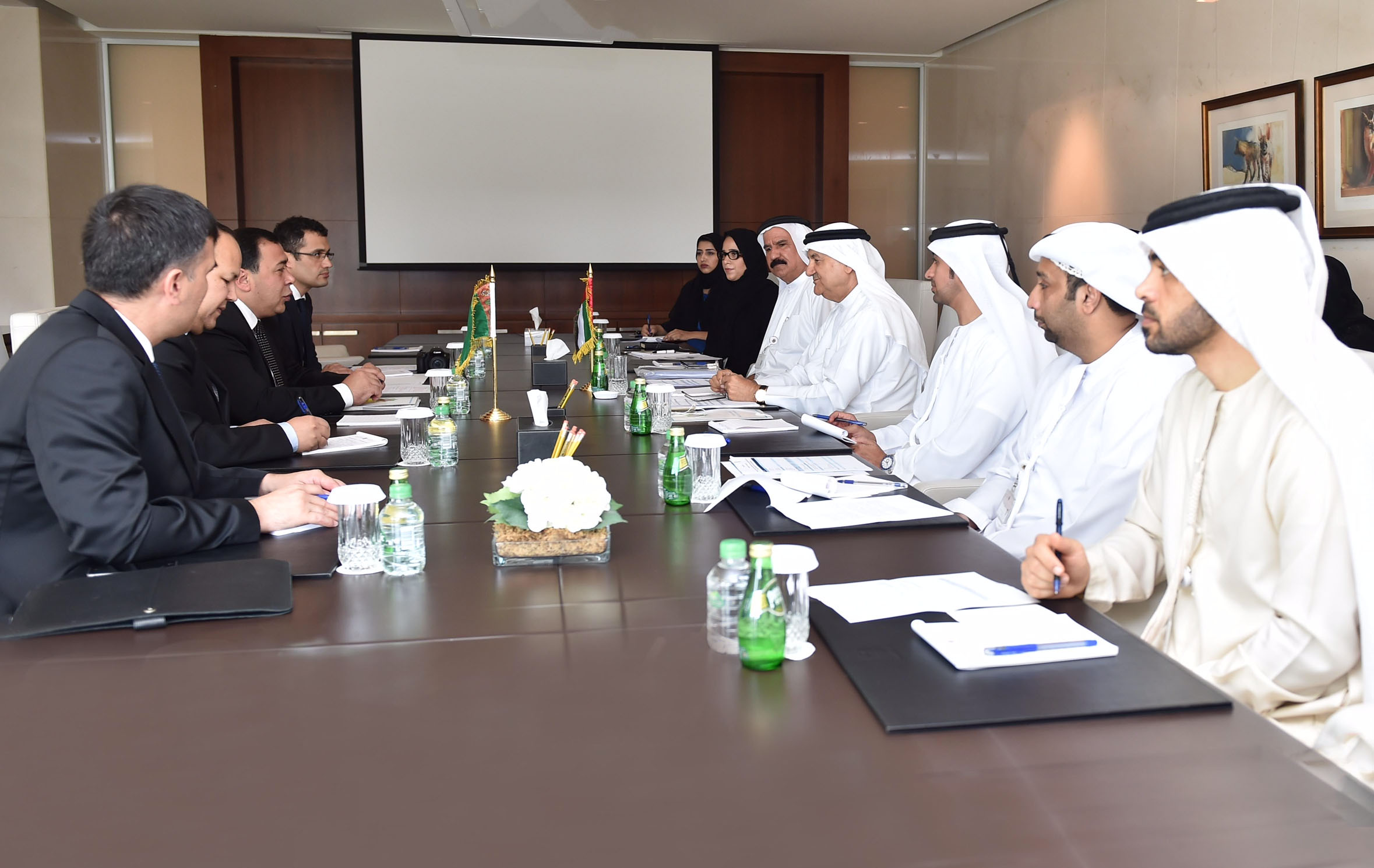 ABU DHABI, 21st August, 2017 (WAM) -- Officials from the UAE and Turkmenistan gathered in Abu Dhabi on Monday for the second meeting of the Joint Political Consultation Committee to explore methods of serving mutual interest and to exchange views on a range of regional and international issues of common concern.

Al Jarman affirmed the UAE's keen desire to boost its ties with Turkmenistan to realise aspirations of the countries' leaderships. He said the meeting of the joint committee was important as it addressed means to harness economic competitiveness and growth in both countries to expand joint co-operation in areas of economy, trade, culture and tourism.

Berdenaaz said UAE-Turkmenistan ties enjoy special attention from Turkmenistan's President Gurbanguly Berdymukhamedov, who lauded the UAE's political, economic, cultural and social development model, which turned it into an important regional trade hub and a favourite investment destination for regional and international companies as well as a leading centre for renewable energy and sustainable development.

Praising the role of the UAE in alleviating human suffering globally, he stated that Turkmenistan is interested in building enduring partnership and co-operation with the country in various fields.

The two sides stressed the need for continuing joint co-ordination and consultation at regional and international forums, particularly in the United Nations and its specialised agencies as they constitute the foundation for multilateral co-operation.

The UAE also commended the positive, neutral policy adopted by Turkmenistan and its constructive initiatives in transport, security and communications, which were adopted by the UN.

The Emirati and Turkmen officials also discussed local, regional and international efforts to counter terrorism and extremism and stressed the urgency of finding effective solutions to the aggravating crises in the region to restore security and stability.