Tunisia seeks to become member of ECOWAS before end of 2017: PM 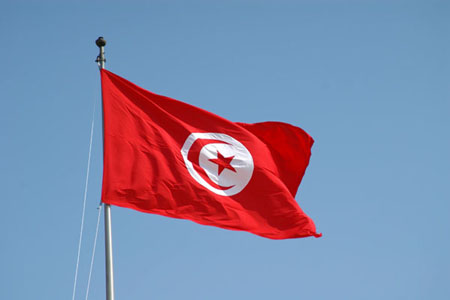 TUNIS, 22nd August, 2017 (WAM) -- Tunisia is working to become a member of the Economic Community of West African States (ECOWAS) before the end of 2017, Prime Minister Youssef Chahed said on Tuesday.

Speaking at the opening of the "Tunisian African Empowerment Forum" held at the Convention Centre, Chahed stressed that Tunisia aims to establish a solidarity partnership with African countries, whose objective is to guarantee the sustainable development of human resources and preserve the dignity of African peoples.

"The security, stability and growth of the African continent are the greatest political challenges of our countries," he said as quoted by Tunis Afrique Presse (TAP) , adding that the forum aims to promote bilateral relations between Tunisia and African countries.

The re-positioning of Tunisia on the African continent remains dependent on a global diplomatic action that gives priority to cultural communication and economic exchanges, said Chahed.

He also announced that the Tunisian government has decided to open two embassies, the first in Ouagadougou (Burkina Faso) and the second in Nairobi (Kenya), as well as five trade offices in Eastern, Western and Central African countries.

He added that Tunisair will operate seven new flights to Benin, Sudan, Cameroon, Gabon, Congo, Nigeria and Guinea over the next four years.

The government is working to preserve Tunisia's place as an attractive destination for African students in an effective South-South co-operation that benefits all parties, said the Prime Minister.