Archaeologists shed new light on life in UAE 5,000 years ago 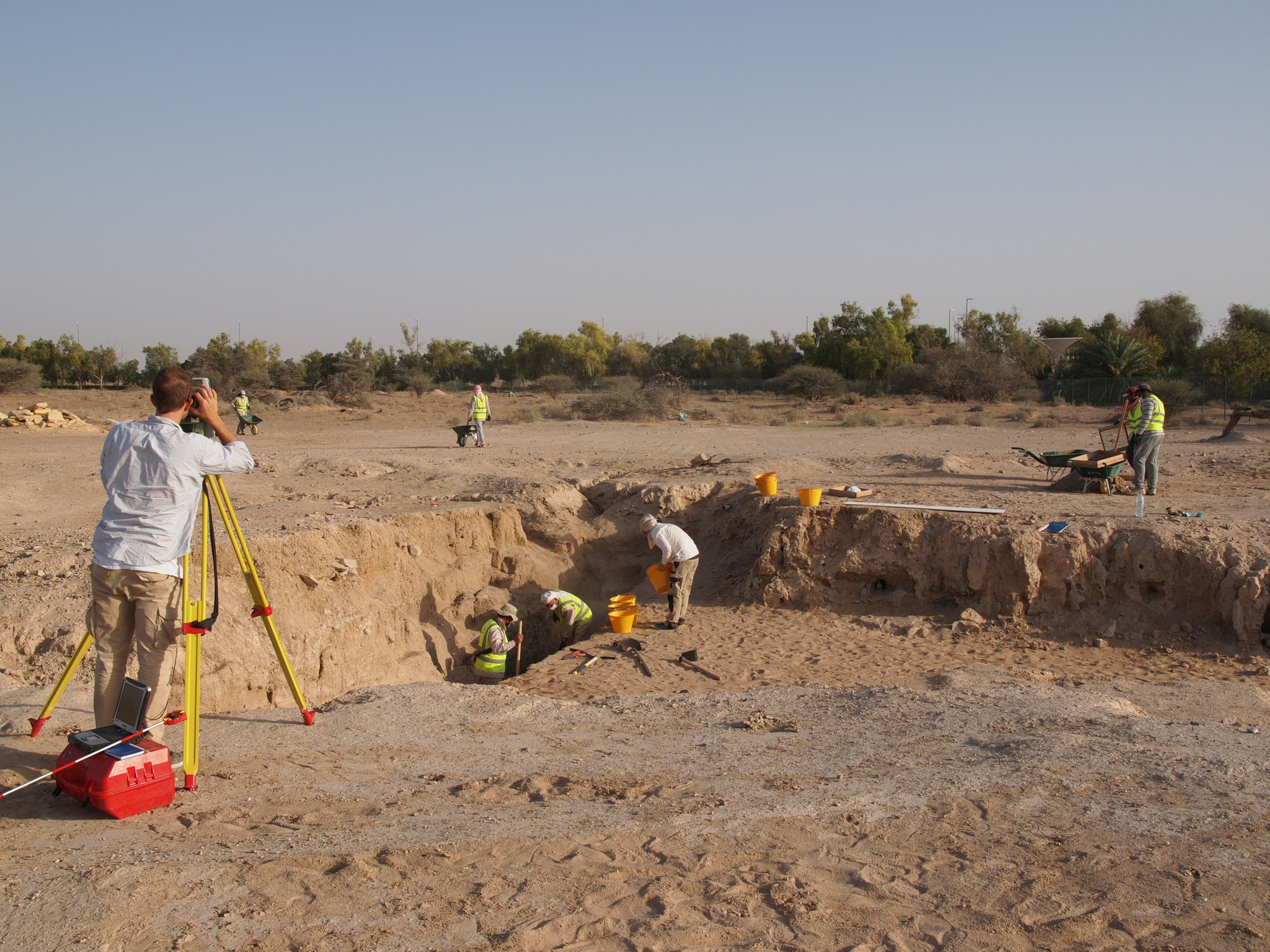 AL AIN, 27th August, 2017 (WAM) -- Archaeological work by a team of local and international experts has restarted after 30 years on a culturally and historically significant site in Al Ain which is reputed to be one of the earliest agricultural-based villages in the UAE.

The site, Hili 8, located near Hili Archaeological Park in Al Ain, was first explored and excavated by French archaeologists in the 1970s and 1980s and provided tentative evidence for the beginnings of date, wheat and barley cultivation thousands of years ago.

A complete account of the excavations has remained unpublished due to the untimely death of the chief archaeologist, but the team’s excavations played a key role in understanding the development of oasis agriculture in Al Ain millennia ago and helped areas of the city to be inscribed as an UNESCO World Heritage Site.

Abu Dhabi Tourism and Culture Authority, TCA Abu Dhabi, commissioned a project to recommence excavations at the site, using the latest techniques and equipment available, with work beginning again in March. TCA archaeologists worked alongside leading field archaeologists from around the world.

Hamdan Rashed Al Rashedi, TCA Abu Dhabi archaeologist, said, "I was happy to work at one of most important archaeological sites in Al Ain and a World Heritage Site. The excavation will help us better understand Hili 8 and the nature of life at that time. The team is very experienced in the region with the latest techniques and I benefited a lot from working with them."

It is hoped that the findings will support evidence that points to Hili 8 being one of the earliest places in the UAE in which an agricultural-based society formed, as opposed to the early pastoral nomadic existence of previous inhabitants.

The team carefully cleaned the site and used a laser system to record in three dimensions the layers of soil and sand deposits that had built up in the area over the decades. This will enable a complete and accurate plan of the site to be eventually produced. The team also used the same system to record the many Bronze Age, 4,500 year old tombs that exist in the area, so that a fuller picture of the Bronze Age landscape becomes apparent.

Particular attention was placed on the recovery and analysis of microscopic plant remains from the site. Tiny burnt fragments of seeds are sometimes found on archaeological sites, but they can rarely be seen with the human eye. Soil in which the remains are contained is slowly floated in water and the ancient seeds float to the surface to then be analysed by an archaeo-botanist. TCA Abu Dhabi built a special system for conducting this work, which had the added benefit of being environmentally friendly by using recycled water.

During the excavations, a rich assortment of artefacts was recovered, as well as plant and animal remains. These will be subject to a battery of scientific tests including carbon-14 dating.

The team, working with Emirati archaeologists, will also be analysing any ancient copper relics found in the area which will then be subjected to isotopic testing to conclude when people began exploiting and trading copper in the UAE.

When all the research results are combined, scientists will have a deeper understanding of the beginnings of oasis life in Al Ain and help Abu Dhabi preserve its culture and heritage dating back thousands of years.