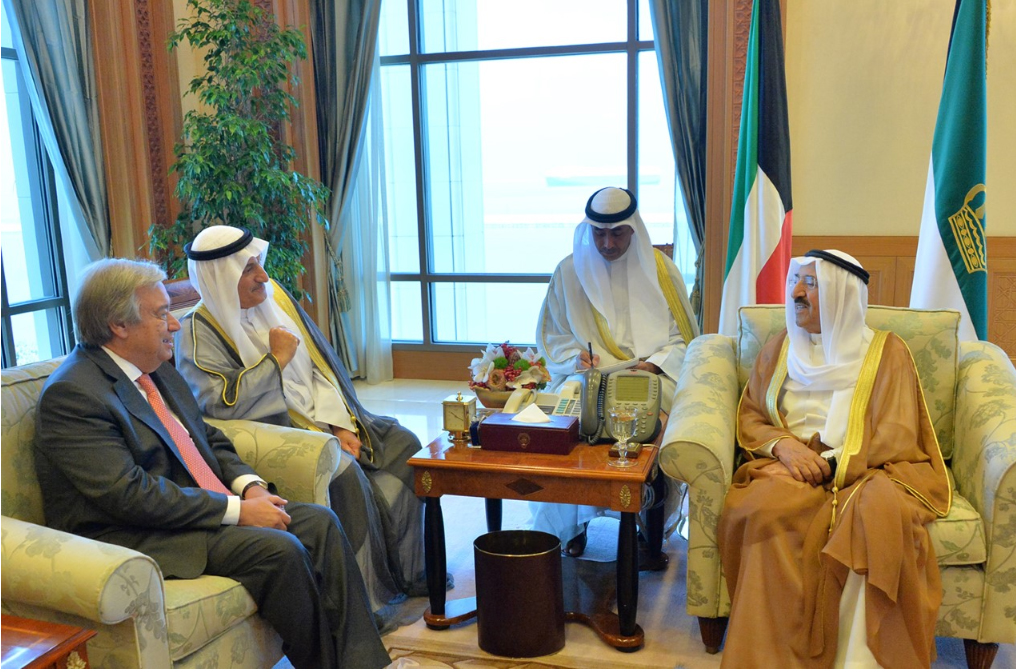 According to Kuwait News Agency, Mr. Guterres expressed thanks and appreciation for the leading role played by the Emir of Kuwait in the humanitarian domain as well as his positive role in the current GCC crisis.