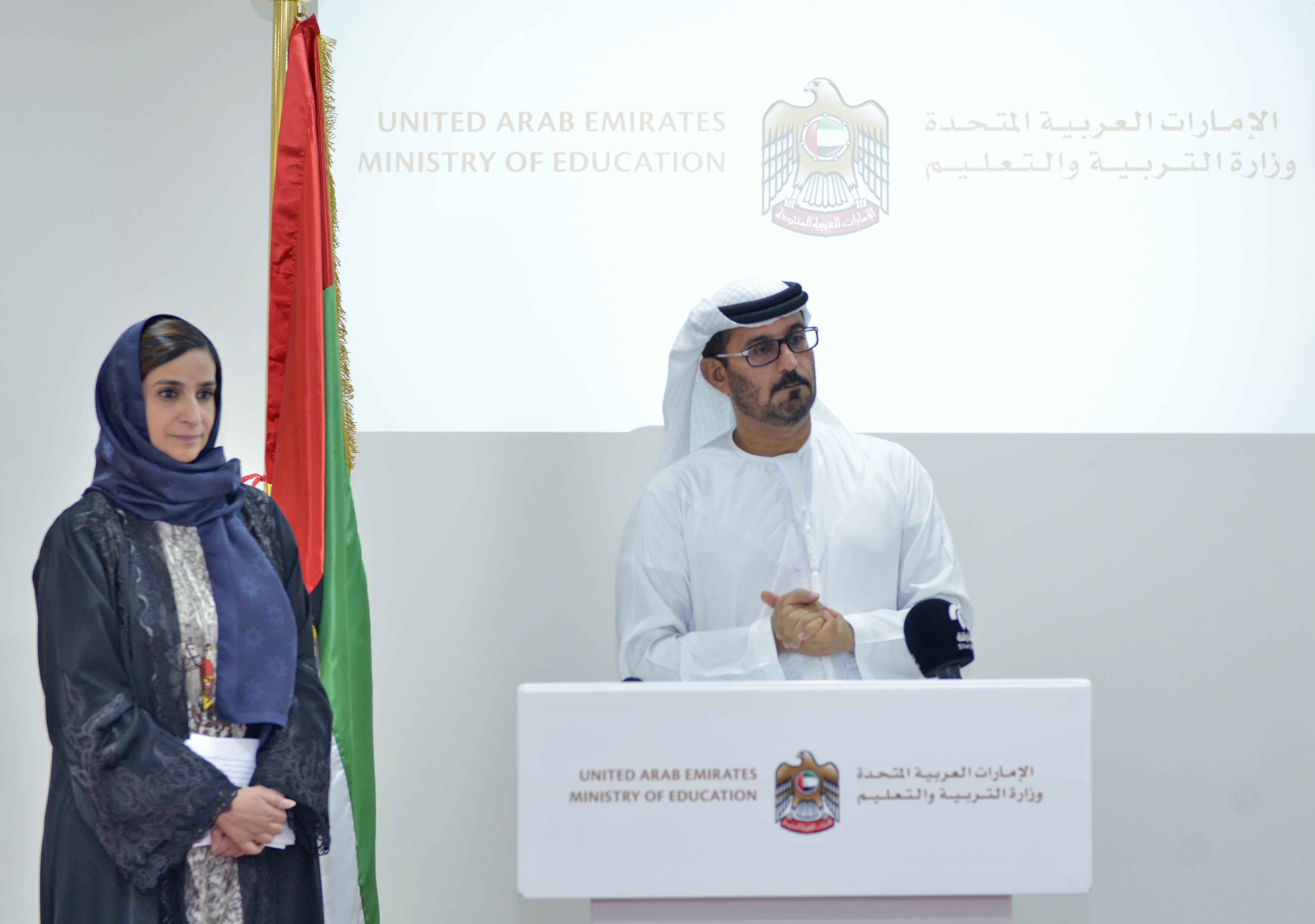 He added that the ministry has conducted a series of continuous improvement programmes, as part of their development efforts to adopt the best educational standards and practices in the country’s education system, as well as to establish a complete plan to create a favourable school environment for a new school year, which is encouraging and attractive to children.

Al Hammadi made his statement during a media briefing at the ministry’s headquarters in Dubai, with the attendance of Jameela bint Salem Al Muhairi, Minister of State for Public Education, and senior officials from the ministry and representatives of various media authorities and channels, to introduce the ministry’s latest educational updates and its preparations for the new school year 2017-2018.

He added that the Ministry of Education was moving forward with diligent steps to complete the educational courses it had begun to develop, according to the modern educational philosophy. It has begun that by launching the Emirati school, which was a result of the best international systems and is partnering with the leading educational, government and private organisations in the country in line with the national vision of the wise leadership.

He stressed that the media was a strategic partner of the ministry in introducing the developmental efforts and intensifying the work that would guarantee that the new educational vision would reach the school community, along with its different components.

Stressing that the community’s roles were of extreme importance in strengthening the advancement of education in the country and spreading it, not only on the local level, but also externally, he noted the education in the UAE was competitive, which would subsequently contribute towards making it the first choice for many, whether it be to study or to work.

He highlighted the developmental work done by the ministry’s work teams to prepare for the new school year and congratulated the students and their parents, and the academic and administrative staff. He also wished them a strong and prosperous start to the school year while reflecting on the scientific performance and level of the students, and he noted that the work of the academic staff will begin on Monday, with three days being assigned for specialised training required by the ministry during the first week, which will include around 13,331 teachers, laboratory specialists, education staff and academic guides.

He added that the development plan includes all the elements of the building’s ‘architectural, mechanical, electrical and health’ components in terms of developing the facades, external walls, the reception hall, the main entrance, administrative rooms and classes. It also involves utilising the space and establishing a community library, laboratories, and school facilities, as well as closing and air conditioning all passageways, and developing natural scenery.

Besides, it will be provided with a fire extinguishing system, and alarm and voice evacuation, according to the conditions of the Civil Defence. The idea is to prepare all classes for smart education and create a cafeteria for the students.

As for preventive maintenance, he pointed out that the ministry has given contracts to three specialised companies to perform regular and preventative maintenance and guarantee that the educational establishments remain in fully operational condition. The electromechanical and civil works include 417 schools across all regions.