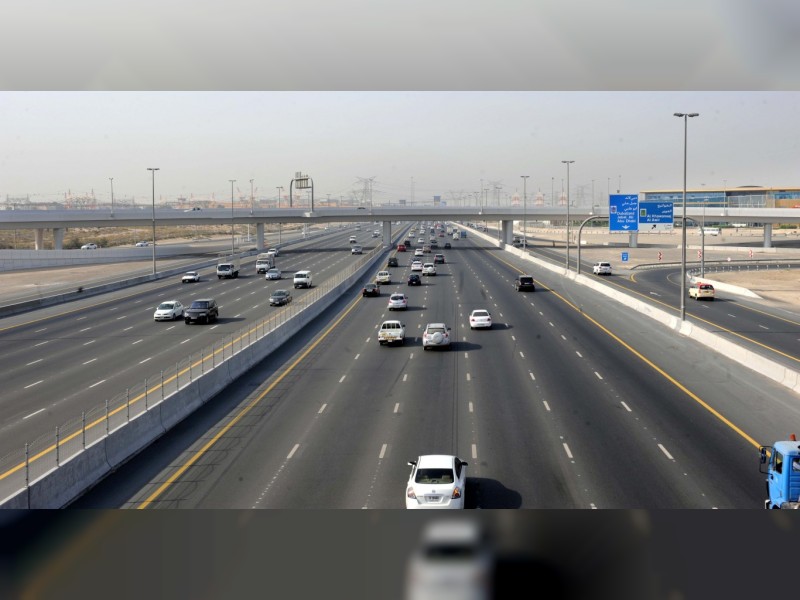 DUBAI, 13th September, 2017 (WAM) -- The Roads and Transport Authority, RTA, and the General Headquarters of the Dubai Police have decided to reduce the speed limit on Sheikh Mohammed bin Zayed Road and Emirates Road from 120 kph to 110 kph.

According to a statement, the decision shall take effect as of 15th October, 2017, as part of the efforts of the two parties to curb traffic accidents and ensure the safety of road users.

Maitha bin Adai, CEO of the Traffic and Roads Agency at RTA, said, "Lowering the speed limits on the Sheikh Mohammed bin Zayed and Emirates Roads is a result of elaborate traffic safety studies and analyses of traffic accident data along with their causes over the past years. It addressed several traffic safety requirements such as pedestrian bridges, safety rails, and truck lay-by areas, which contributed to realising the RTA’s vision."

The current capacity of the two roads is about 12,000 vehicles per hour per direction with 7,009 vehicles on Sheikh Mohammed bin Zayed Road in the direction of Abu Dhabi where trucks account for 6 percent of these vehicles, she explained.

"The decision is mainly intended to curb traffic accidents resulting from over speeding, especially as the two roads witness huge volumes of heavy vehicles’ traffic in both directions. Controlling the speed limits is one of the most effective measures of reducing traffic accidents. The procedure of controlling the speed limits is based on several criteria highlighted by the design speed of the road, and the actual speed observed by a majority of drivers. It also rests on the extent of urbanisation on both roadsides, pedestrian traffic, availability of schools, mosques and other vital facilities. It also depends on the level of traffic accidents that took place on the road, traffic volume, and the high probability of serial accidents," she added.

Major-General Mohammed Saif Al Zaffein, Assistant Commander-in-Chief of Dubai Police, said, "The objective of reducing the speed limits on the Sheikh Mohammed bin Zayed Road and Emirates Road is to curb traffic accidents, especially fatal accidents, and step up the safety of users of both roads. Speed is a key contributing or associated factor for not less than 60 percent of traffic road fatalities.

"Lowering the speed limit on the Sheikh Mohammed bin Zayed Road and Emirates Road is an outcome of extensive studies conducted by the Dubai Police and the RTA for raising the traffic safety levels and associated traffic fatalities. The move is compatible with the Dubai Police strategy aimed at reducing traffic accidents to zero percent per 100 of the population.