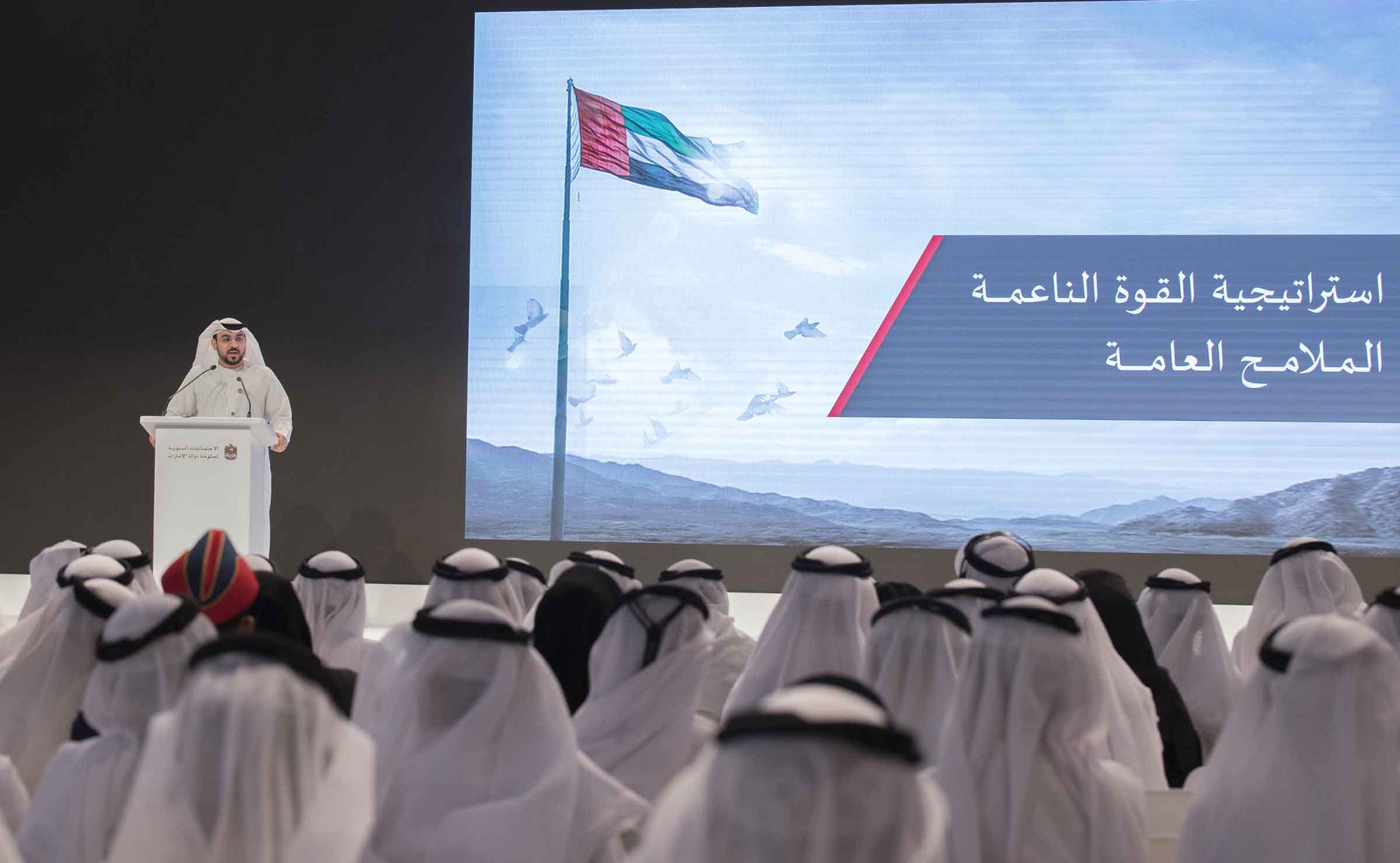 ABU DHABI, 27th September, 2017 (WAM) -- The UAE Soft Power Strategy was launched at the UAE government annual meetings, encompassing a national action plan that seeks to enhance the UAE’s reputation regionally and globally, and to consolidate that country’s position as an economic, cultural and humanitarian leader.

H.H. Sheikh Mansour bin Zayed Al Nahyan, Deputy Prime Minister of the UAE and Minister of Presidential Affairs, said, "The UAE has all the economic, cultural and civilisational elements to solidify its international standing in all sectors; our goal is to engrain the UAE’s position in the world, and in the people’s hearts."

"Our goal is to build on our already strategic positioning, which embraces the eastern and western worlds, by investing in cultural, humanitarian and economic diplomacy for the benefit of the people," he added.

Sheikh Mansour stated, "Our humanity, dedication and openness are the source of our strength – we seek to continue building strong relationships with all people. The UAE represents a developmental miracle, and our reputation is well established because of our achievements."

"The UAE's reputation is the responsibility of all UAE citizens in all sectors," H.H. concluded.

Saeed Mohammad Al Eter, Director-General of the Public Diplomacy Office at the Ministry of Cabinet Affairs and the Future and member of the Soft Power Council, said, "The soft power strategy provides a comprehensive framework that establishes the UAE’s narrative and consolidates the nation’s positioning in the world. The complete vision presented by the strategy will contribute to cementing the regional and international standing of the UAE. The strategy is based on consolidating the historic, cultural economic and humanitarian initiatives and values of the UAE."

The UAE’s Soft Power Strategy is a framework for integrated diplomatic action that takes into account important cultural components, such as individual identity, heritage, social stability, political climate, cultural openness, tolerance and more. The UAE is a global meeting point and a gateway to the Arab world – culture and ideas converge in an environment of respect and tolerance to create an opportunity for unprecedented development in the region.

The strategy is based on four main objectives, which are to develop a unified direction for various sectors including the economy, humanities, tourism, media and science, and to promote the UAE’s position as a gateway to the region. In addition, the strategy aims to establish the UAE as a regional capital for culture, art, and tourism, and to consolidate its reputation as a modern and tolerant country that welcomes all people from across the world.

Vice President, Prime Minister and Ruler of Dubai, His Highness Sheikh Mohammed bin Rashid Al Maktoum, launched the UAE Soft Power Council in May, enlisting it to develop the country’s soft power strategy to include the culture, technology, humanitarian, science and economic sectors, in order to enhance the UAE’s positive reputation, and share its success story with people around the world, highlighting its distinctive elements such as tolerance and cultural openness.

Mohammed Abdullah Al Gergawi, Minister of Cabinet Affairs and the Future, is the Chairman of the UAE Soft Power Council. The Council’s members are Dr.

The Council will implement a general soft power strategy for the UAE to enhance its reputation and status regionally and globally, instigate cooperation between public and private sector entities within the country through soft power initiatives and projects, and submit reports periodically to the UAE Cabinet on the all progress and implementation.