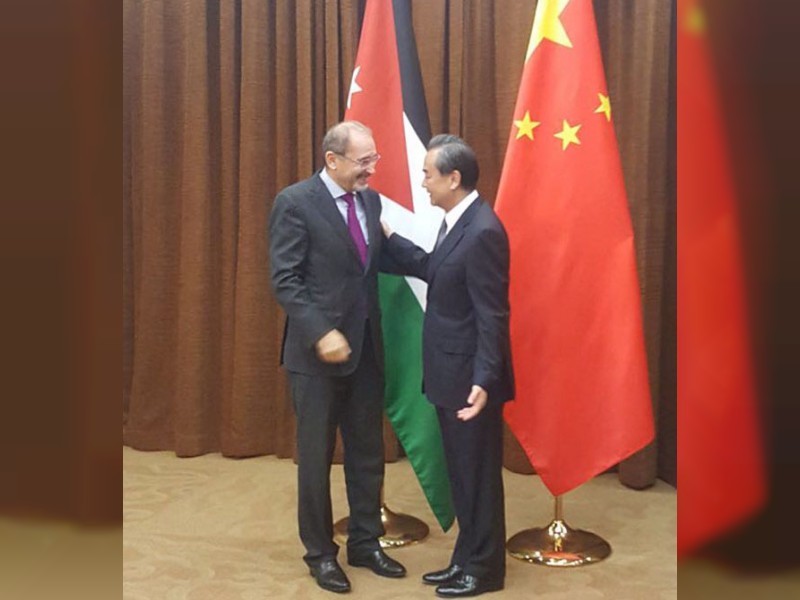 According to the Jordan News Agency, Safadi reviewed with the Chinese state councilor the latest developments in the region, and briefed him on efforts to enhance security and stability in the Middle East.

During a meeting at the Chinese Foreign Ministry, Safadi and his Chinese counterpart Wang Yi pointed to the continued cooperation and coordination between in the political, economic and cultural fields.

The Jordanian Foreign Minister also reviewed with the Chinese Minister efforts to solve the Palestinian-Israeli conflict, the Syria crisis and the war on terrorism. The two ministers affirmed the importance of reaching a political solution to the Syrian crisis that preserves the unity of the country.

The Jordanian Foreign Minister is visiting China in response to an official invitation by his Chinese counterpart on the 40th anniversary of the establishment of diplomatic ties between the two countries.