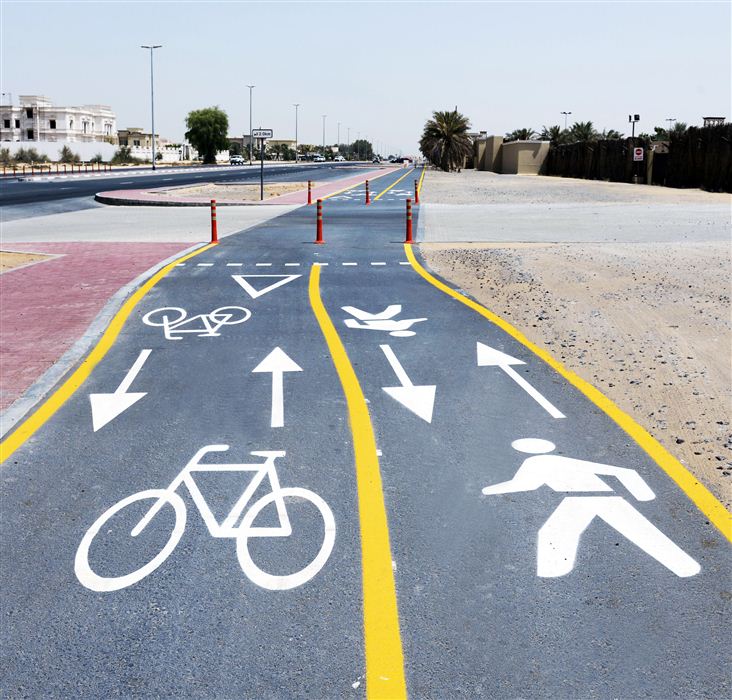 DUBAI, 30th September, 2017 (WAM) -- The Roads and Transport Authority (RTA) announced that the completion rate of the cycling and running tracks at Mushrif, Midriff and Al Khawaneej Project had reached 90 percent.

Mattar Al Tayer, Director-General and Chairman of the Board of Executive Directors of RTA, anticipated that the 32-kilometre (km) project would be fully complete as early as this November.

"Our aim is to provide an infrastructure at residential districts that encourages residents to practice sport, in view of its immense health benefits to people. The project is also part of a master plan developed by the RTA to provide dedicated cycling and running tracks covering the entire Emirate that can be used as environment-friendly mobility means for cycling enthusiasts. Advanced countries and communities pay much attention to raising the proportion of trips made by walking and cycling sport," Al Tayer said.

"The project involves the construction of cycling tracks extending 32km at Mushrif, Midriff and Al Khawaneej along with two bridges for the combined use of cyclists and pedestrians on Al Khawaneej and the Academic City Streets costing AED67 million.

"The selection of these areas was based on several criteria highlighted by the population density, appeal to cyclists and pedestrians, suitability of locations and the traffic safety level. Moreover, lanes have been designed in such a way that ensures the safety and security of cyclists," Al Tayer explained.

"The RTA is planning to construct more cycling tracks extending as long as 234km from 2018 to 2021. These lanes will pass through several areas. This brings the total length of cycling lanes in Dubai to about 500km by 2021," Al Tayer added.