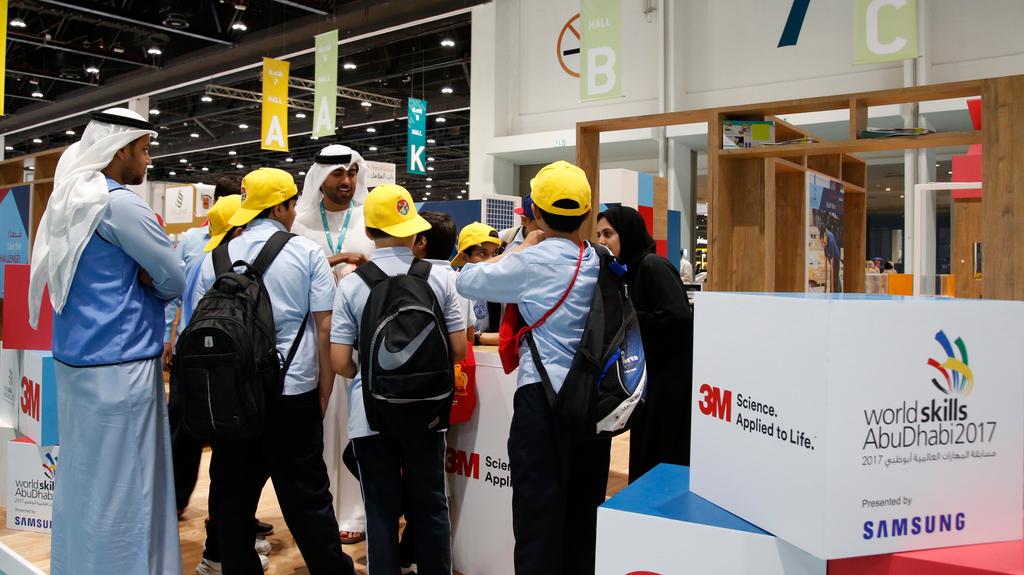 ABU DHABI, 14th October, 2017 (WAM) -- leaders of WorldSkills, Who’s Who of the Technical and Vocational Education and Training,TVET, representatives of governments, international organisations, and business will descend on the UAE capital for WorldSkills Conference 2017 to debate the fundamental issues and challenges the TVET sector faces.

Abu Dhabi Centre for Technical and vocational education and training, ACTVET, will host the WorldSkills Conference 2017 from 16th to 17th October in Abu Dhabi under the theme ''Skills strategies for a globalised world''. The conference is held against the backdrop of the WorldSkills event, where close to 1,300 competitors from 60 countries and regions will gather together in Abu Dhabi for the chance to win a prestigious WorldSkills medal in their chosen skill.

''Except for in a handful of countries there is still not "parity of esteem" between vocational and academic education. At the same time TVET systems have not kept up to speed with the changing demands of the economies that they serve. This mismatch will become greater with the acceleration of the technological changes that we are already witnessing,'' said Simon Bartley,President of WorldSkills, and David Hoey, CEO of WorldSkills, in a joint introduction remarks at the event website.

''Last year global youth unemployment rates rose for the first time in three years, with the International Labour Organization (ILO) estimating that the rate was 13.1%. That is 71 million young people out of work. In some of the regions where WorldSkills is most active, such as Asia, including the Middle East and North Africa, the proportion of young people out of work is much higher. Until now there has not been an opportunity for our network to debate these issues together, and to help to shape the agenda of governments and businesses. We very much hope that the WorldSkills Conference 2017 will start to change this,'' the leaders of World Skills noted.

''Over the coming two days you will hear from some of the leading organisations that will be instrumental in overcoming the challenges of global youth unemployment, the skills gap, and the imminent Fourth Industrial Revolution.

Organisers say the two-day event will enable delegates to share experiences and discuss ways to enhance training systems for young people now and in the future.