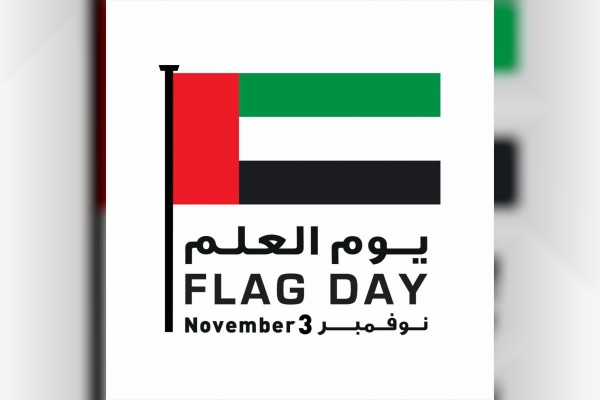 DUBAI, 21st October, 2017 (WAM) -- The Ministry of Cabinet and the Future has issued a circular announcing that UAE Flag Day celebrations will take place on Thursday, 2nd November instead of Friday, 3rd November. It called on all ministries, federal bodies and their affiliates to raise the UAE flag at 11:00 am.

Flag Day is a national campaign, which was launched by Vice President, Prime Minister and Ruler of Dubai, His Highness Sheikh Mohammed bin Rashid Al Maktoum, in November 2013 to commemorate the accession of His Highness Sheikh Khalifa bin Zayed Al Nahyan as President of the nation.

It is a day of celebration, reflecting a symbol of unity, patriotism and loyalty to the UAE and its wise leadership, and adherence to the values of the union established by the UAE's Founding Fathers.