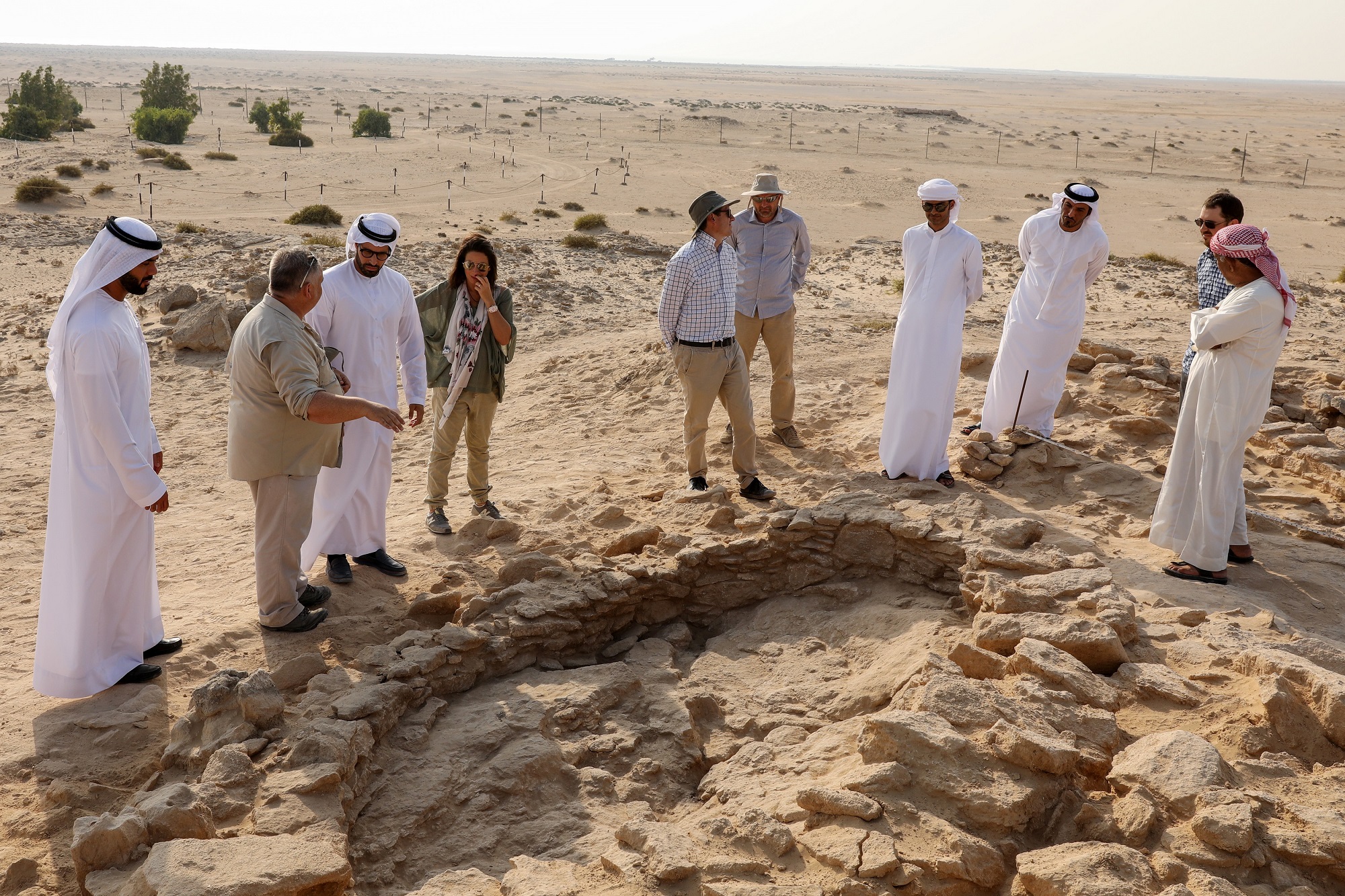 Earlier this year, a team of archaeologists unearthed important discoveries that have shed light on the earliest inhabitants of Abu Dhabi, dating back more than 7,000 years.

Artefacts excavated from an ancient village on the island, located off the coast of Abu Dhabi, indicate that during this time, a sophisticated and highly skilled population was able to trade and thrive in challenging conditions and adapt to the changing environment. Radiocarbon dating indicated that the settlement dates back to the Neolithic period and the hundreds of artefacts found within it have allowed experts to piece together a comprehensive picture of what life was like in the UAE 7,500 years ago.

Commenting on the archaeological excavations currently underway on Marawah Island, Mohamed Khalifa Al Mubarak, Chairman of the Department of Culture and Tourism, Abu Dhabi, said, "Ancient sites, such as those found on Marawah Island, are priceless resources through which we can explore the history of our ancestors and understand the roots of our heritage. The Department of Culture and Tourism is dedicated to the preservation and conservation of our past, as well as the development of rigorous research and documentation processes to ensure that generations to come can explore and learn about our cultural legacy. The discoveries made on Marawah Island continue to provide valuable findings that can only be obtained through the careful study and excavation work of such archaeological sites."

Discoveries have indicated that the ancient inhabitants of the area herded sheep and goats, using stone tools to hunt other animals like gazelles. The large quantities of fish, dugong, turtle and dolphin bones show that people had come to understand the sea and use its resources for food and sustenance. Excavations have also unearthed very fine, small beads made from shell and a small shark’s tooth, which had been very carefully drilled; archaeologists believe these items were probably worn as an adornment.

Previous excavations at the site resulted in the discovery of a complete and highly decorated ceramic jar, made in Iraq, which indicates that the inhabitants of Marawah also used the sea for trade. This jar was transported more than a thousand kilometres by sea and is early evidence for the beginnings of long-distance maritime trade in the Arabian Gulf.

Research has shown that Marawah inhabitants enjoyed a climate with higher levels of rainfall than today. Around 6,000 years ago, the situation changed and the area became very arid. Following the abandonment of the village, some of the rooms were used for burial purposes. Two skeletons were found, each in a crouched position with the head facing towards the east in a form of burial typical of other known Late Stone Age burials, such as those from Jebel Buhais in Sharjah. Efforts to examine the skeletal remains by experts are underway to determine more information about their age and health.