Abu Dhabi Police begins use of ‘Year of Zayed 2018’ slogan 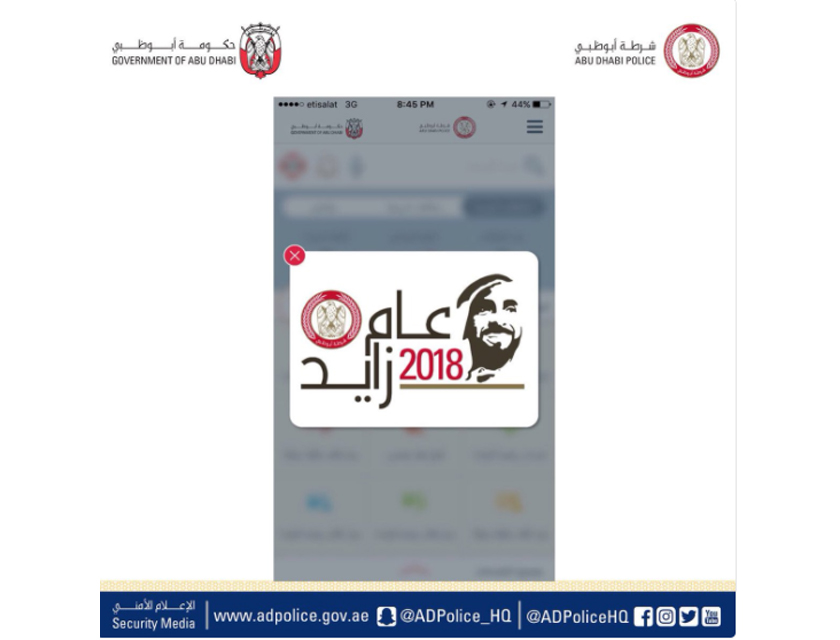 Colonel Dr. Ibrahim Hamad Al Hinai, Director of the Centre for Strategy and Corporate Development at Abu Dhabi Police, said that inclusion of the Year of Zayed slogan in official correspondence and speeches reflect the importance of this national occasion and the early contribution of the police force in highlighting, both locally and internationally, the role of the late leader in establishing the state. It is also considered as an extension of the 'Year of Giving 2017', he added.

He expressed his pride in commemorating the life of the nation's Founding Father, the late Sheikh Zayed, and the principles and values that he stood for and embodied, as well as the love and loyalty that people had for him. "He is a symbol of patriotism, and his unique stature has inspired generations to make sacrifices for the country," Al Hinai concluded.