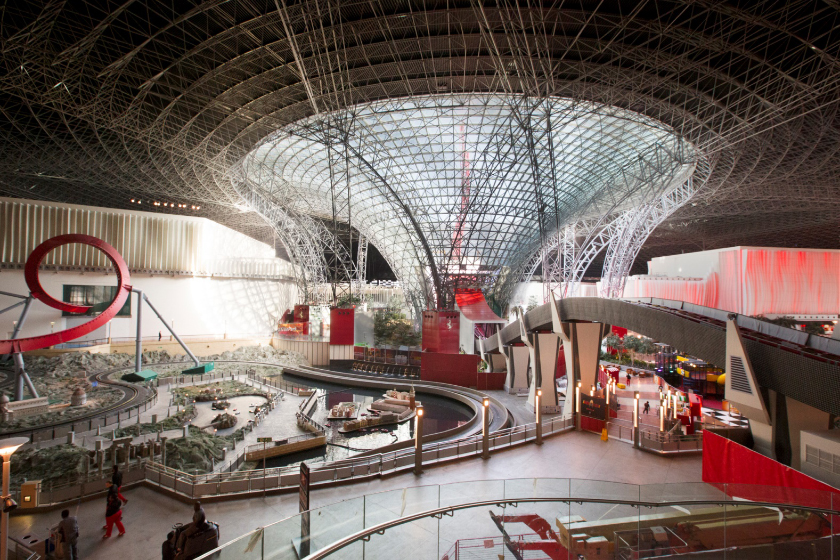 ABU DHABI, 30th October, 2017 (WAM) -- Ferrari World Abu Dhabi has been awarded the title of the Middle East’s Leading Theme Park for 2017, it was announced at the World Travel Awards gala event on Monday.

Jesse Vargas, General Manager, Ferrari World Abu Dhabi, present to receive the award on behalf of the team said, "This award is a true testament to the people that pour their heart and soul into bringing the park to life every single day. We pride ourselves on our continuous evolution, and in bringing world class, exceptional experiences to guests of all ages."

The park offers 37 experiences which nearly doubled since it first opened. Most currently, the park launched Turbo Track, a two-way rollercoaster that bursts through the centre of the iconic red roof, climbing up to Yas Island’s highest point, before plummeting back.

This follows Formula Rossa and Flying Aces, both with their record-breaking features, establishing Ferrari World Abu Dhabi amongst the most sought after rollercoaster destinations for thrill seekers.

Ferrari World Abu Dhabi, encapsulated underneath the iconic red roof and centered on Abu Dhabi’s leading leisure destination, Yas Island, has become a national icon of exhilaration and excitement. Surrounded by a world famous race circuit, a world-class golf course, and a number of upcoming international developments in both the entertainment and business sector, Ferrari World Abu Dhabi remains the focal point of one of the most complete and innovative destinations in the region.

"The UAE and Ferrari both focus relentlessly on their futures while firmly grounded in their history and heritage. Ferrari World Abu Dhabi and Yas Island represent the confluence of these two cultures. As such, this world class family destination will continue to deliver the most unique, most inspired attractions on the planet", Vargas concluded.