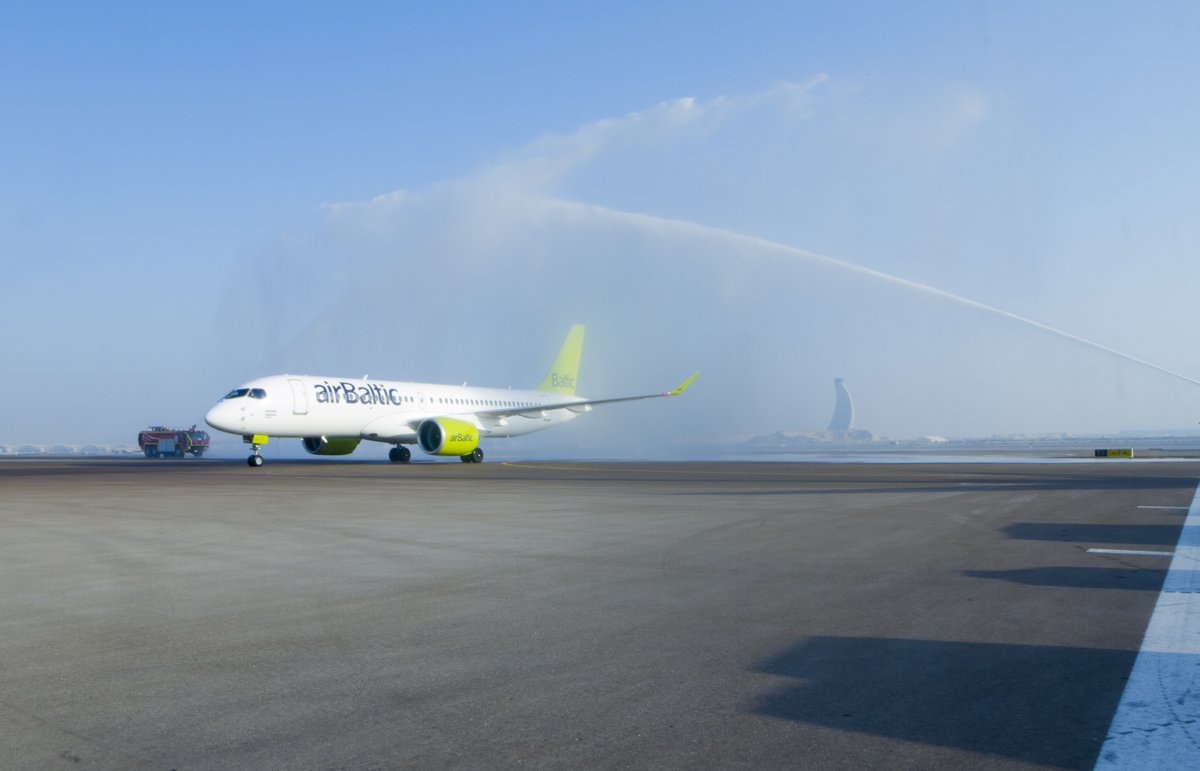 The inaugural flight arrived at 7:25 am on Monday 30th October and was welcomed with the traditional water cannon salute at the capital’s airport. On board the first flight arrived Hanan Al Alili, UAE Ambassador to Latvia, accompanied by members of the embassy and representatives of the airline.

The honoured guests were hosted at AUH’s VIP Terminal and greeted by Astra Kurme, Latvia's Ambassador to the UAE, and members of the embassy in the UAE, in addition to representatives from Abu Dhabi Airports, Etihad Airways, and Air Baltic.

A CS300 will operate the new route with a seating capacity of 145 in both business and economy configuration. Flights will arrive from RIX at 7:25 am and depart from AUH at 9:45 am on Mondays, Wednesdays, Fridays and Sundays.

Hanan Al Alili said, "Our two governments witnessed this year the maturity of our bilateral relations into full capacity, with the operation of two fully-fledged embassies in both countries, which was translated to many achievements and milestones. These included the President of Latvia’s visit to the UAE in February and now today’s launch of airBaltic operations from Abu Dhabi International Airport. This is a reflection of the hard and close work between both embassies to further cooperation between our two nations in all sectors."

Astra Kurme shared Al Alili's sentiments, adding, "With the economic prosperity that Abu Dhabi is witnessing, many airlines look forward to having this destination as part of their network, and today our national carrier, airBaltic, did it. The leadership and progress and technological advancement this nation has developed are remarkable lessons to learn from. The new cooperation today between our airline and Abu Dhabi International Airport will bring people closer, and I am confident that it will have a positive impact and mutual benefit to both nations."