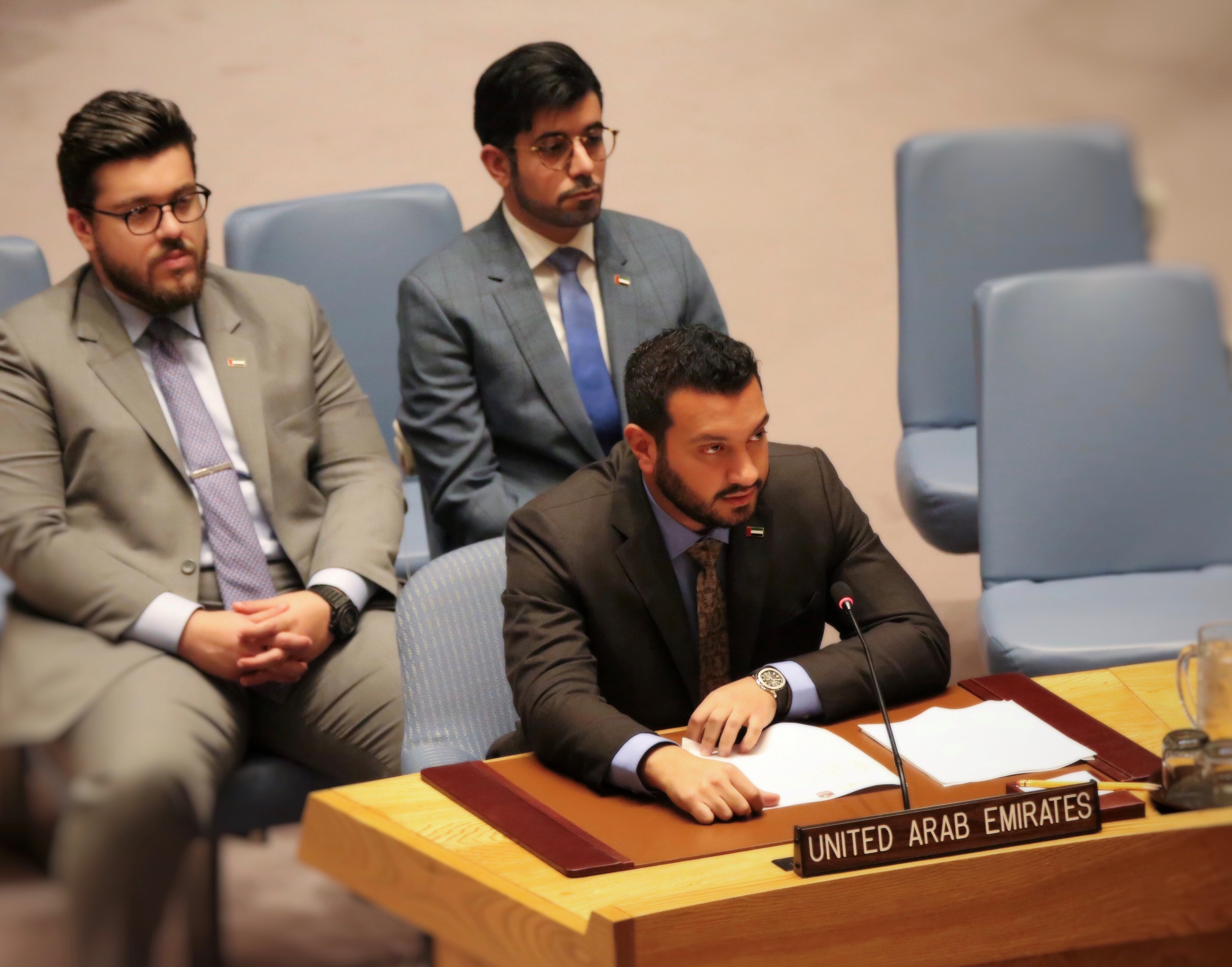 NEW YORK – In its statement to the UN Security Council during the Open Debate on Children and Armed Conflict, the United Arab Emirates condemned the egregious violations committed by the Houthis, reaffirmed the Coalition to Restore Legitimacy in Yemen’s commitment to protect civilians and children, and highlighted the Coalition’s sustained efforts to mitigate the impact of the conflict on children.

Jamal Al Musharakh, Deputy Permanent Representative and Charge d'Affaires at the Permanent Mission of the UAE to the UN, welcomed the debate’s focus on the violations committed by non-State actors against children in Syria, Iraq, Afghanistan, Somalia, Libya, and Yemen. He noted that children in the region were most affected by crises caused by extremism, terrorism, and the continued interference by States in each other’s internal affairs. Further, he highlighted that the killing, recruitment, abduction, and sexual abuse of children were deliberate tactics of extremist and terrorist groups, supported by rogue states.

Al Musharakh also pointed out that children in the Occupied Palestinian Territories continue to be affected by the occupation, and are being detained, killed and maimed, particularly in the West Bank.

The UAE condemned the violations committed by the Iran-backed Houthis, including the recruitment of child soldiers, use of children as human shields, as well as the use of civilian hospitals and schools for military purposes. Al Musharakh emphasized the efforts of the Coalition to ensure the safety of all civilians, including children, and to minimize the effects of the conflict.

To this end, Al Musharakh outlined the specific measures taken by the Coalition to address child recruitment by the Houthis, including rehabilitating child soldiers and securing their safe return to their families, in coordination with UNICEF. He further noted that the Coalition is consistently working to implement and reinforce a framework for a political solution in Yemen, based on Security Council Resolution 2216, the Gulf Cooperation Council initiative, and the outcomes of the national dialogue conference.

Al Musharakh emphasized that the UAE’s commitment to protecting children in conflict is comprehensive. Its efforts have included establishing a dedicated hospital and specialist medical centers for women and children, and a shelter for orphans and children separated from their families in Iraq, as well as providing education and occupational training for displaced children in shelters in Iraq and Jordan.

Regarding the Secretary-General’s report on the protection of children and armed conflict, Al Musharakh stressed the importance of strengthening the impact of future reports by relying on independent and reliable sources that address the violations committed throughout the entire armed conflict. In addition, he stressed the need to guarantee continuous and full consultations with States to avoid misinformation and enable accurate and comprehensive assessments. In this regard, the UAE welcomed the efforts of Special Representative to the Secretary-General, Virgina Gamba, and her office in cooperating and consulting with States on the report, and reiterated its support for her mandate.