OIC to cooperate with UNESCO to protect cultural heritage 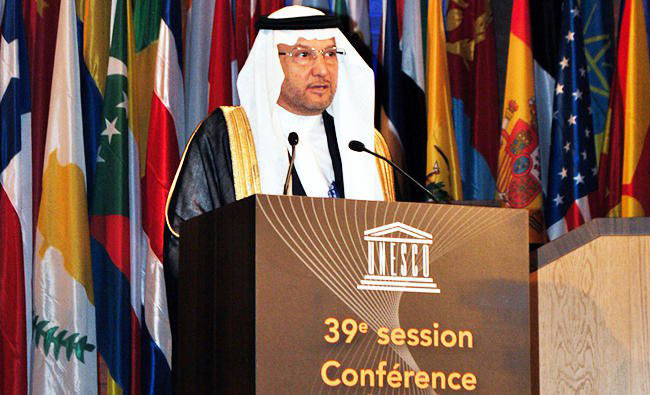 JEDDAH, 7th November, 2017 (WAM) -- The Organisation of Islamic Cooperation, OIC, has expressed its readiness to cooperate with UNESCO in combatting the intentional destruction and illegal trafficking of cultural heritage in countries affected by armed conflicts, which are crimes incited by destructive ideologies.

Dr. Yousef bin Ahmed Al-Othaimeen, OIC Secretary-General, in an address to the 39th session of UNESCO's General Conference in Paris yesterday, commended UNESCO's call for cultural heritage protection to be included in world programmes and in the tasks of peacekeeping missions.

Al-Othaimeen noted that key among the topics of interest to the OIC is the combating of the phenomena of terrorism and violent extremism, along with tackling religious and sectarian fanaticism.

He pointed out that the OIC has launched its "Voice of Wisdom" project, which seeks to stand up to extremist discourse and to spread the concepts of tolerance and moderation. In addition, the OIC seeks to raise awareness among the youth as to the dangers of joining ranks with terrorist groups.

The OIC Secretary-General also strongly condemned the policies of the Israeli occupation power, and its persistent attempts in occupied East Jerusalem to alter and disfigure its demographic layout with a view to isolating it from its authentic Palestinian environment. He called on UNESCO to take all necessary and appropriate steps, within its mandate and responsibility, to ensure the protection and preservation of the historical and cultural heritage of the State of Palestine and to impress on Israel the need to put an end to its ongoing violations of international law.