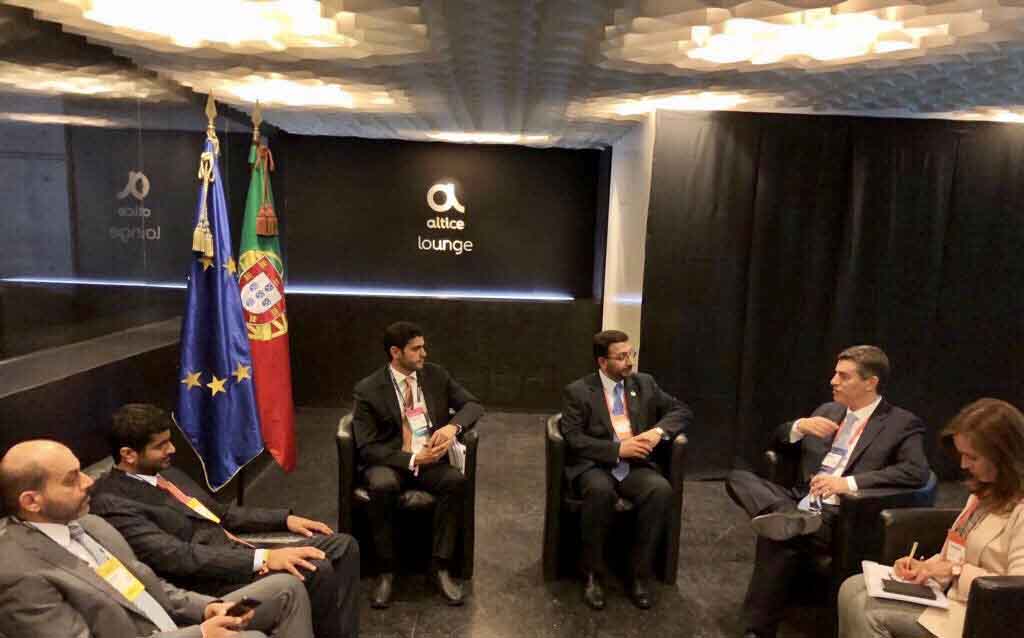 LISBON, 8th November, 2017 (WAM) -- A UAE delegation led by Abdullah Al Saleh, Under-Secretary of the Ministry of Economy for Foreign Trade and Industry, has participated in the seventh edition of the World Web Technology Summit, which will conclude tomorrow in Lisbon, Portugal.

The summit saw the participation of the UAE delegation, which includes more than 44 officials from the Ministry of Economy and representatives from federal and local authorities, as well as entrepreneurs and inventors. It aims to encourage an environment of innovation, raise the awareness of Emirati inventors about current innovation trends and explore critical developments to support Emirati inventors, besides highlighting the country’s inventions in international events.

On the sidelines of the UAE participation at the Summit, Al Saleh, who is the head of the UAE delegation, met with Manuel Caldeira Cabral, Portuguese Minister of Economy, and discussed ways to boost trade and investment ties, as well as strengthen mutual economic and trade cooperation.

During the meeting, Al Saleh spoke about the development of the Emirati economy and the large number of Emirati investments in the past decades in non-oil sectors, which had contributed in supporting the development and promoting the nation’s position as a regional and international trade and investment centre.

The Portuguese Minister of Economy underlined his country’s desire to attract investments to develop the co-operation projects between both nations and mentioned that the UAE was among the most important economic and tourist markets for Portugal.

Al Saleh presented an official invitation from Sultan bin Saeed Al Mansouri, Minister of Economy, to the Portuguese minister to visit the UAE and discuss co-operation in economic and business areas.

In a statement to the Emirates News Agency, WAM, on the sidelines of the summit, Najla Al Midfa, Director of Sharjah Entrepreneurship Centre, Sheraa, expressed her happiness at participating in the event and thanked the Ministry of Economy for inviting the centre to attend this important global event.