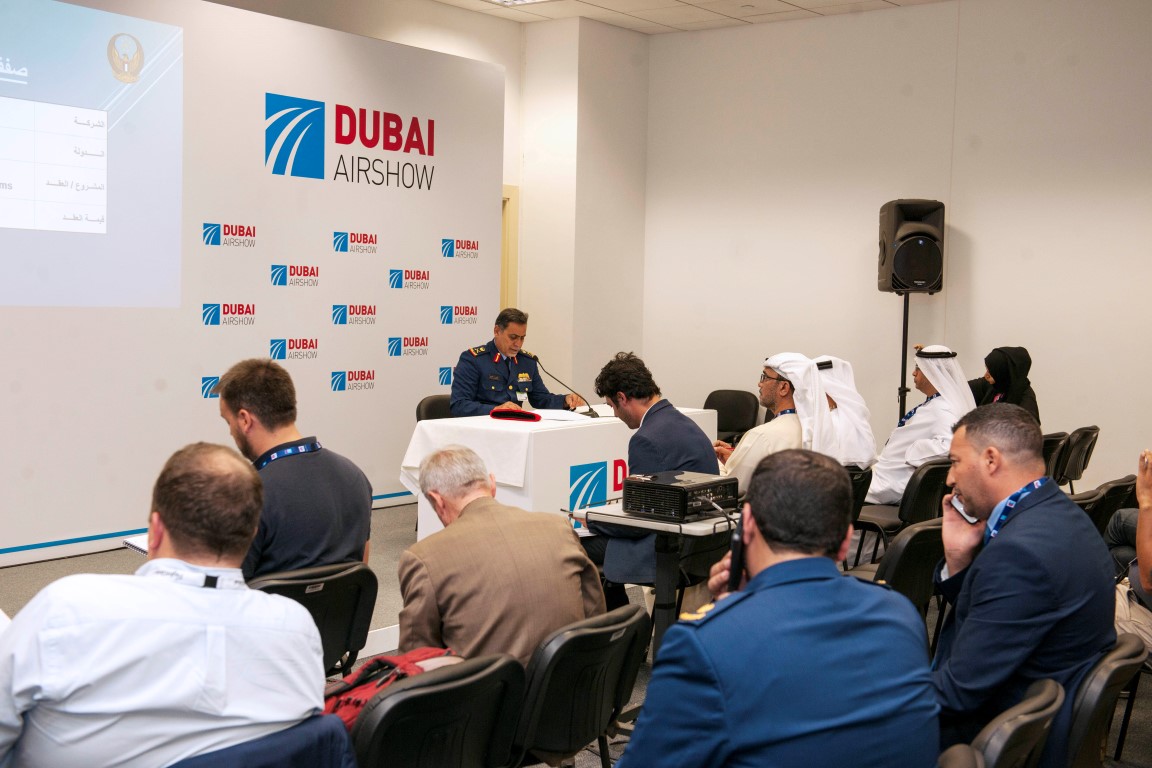 Al Hashemi referred to a contract signed with South African Denel Dynamics to procure Seeker aircraft for the Armed Forces for AED 48.1 million. He also referred to a contract worth AED 8.6 million with the UAE’s Dhabi Drilling to provide maintenance and technical support for Air Force and Air Defense. A deal with T-com (U.S.) was also signed for AED 12.9 million to provide technical support for radar systems.

He added that a contract was signed with UAE’s Global Aerospace Logistic to provide technical support, spare parts and inspection for three years for AED 40 million.

A deal was signed with Raytheon to procure Patriot spare parts and equipment for AED 436.4 million and a contract was signed with UAE’s Al Tayf Technical Services Company to provide maintenance services to air defense systems for AED 2 million.

Al Hashemi pointed out that the deals signed by the UAE Armed Forces on the first four days of the show amounted to AED 14.7 billion.