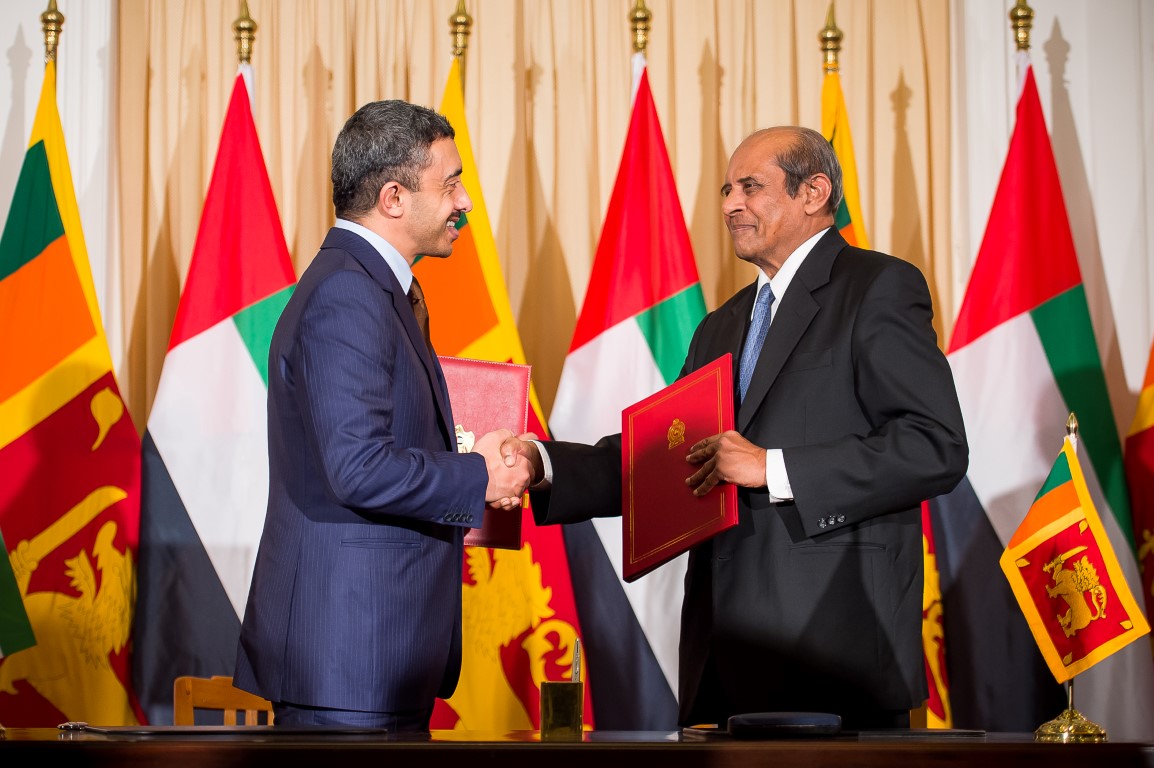 COLOMBO, 18th November, 2017 (WAM) -- The United Arab Emirates and Sri Lanka have signed an agreement to accelerate customs cooperation and mutual assistance in addition to an MoU to establish a joint consular committee.

The agreement and MoU were signed by H.H. Sheikh Abdullah bin Zayed Al Nahyan, Minister of Foreign Affairs and International Cooperation, and Sri Lankan Foreign Minister Tilak Janaka Marapana, at a meeting here today where they discussed areas of cooperation and an array of regional and international issues of common concern.

Sheikh Abdullah affirmed during the meeting the UAE's keenness to strengthen relations with Sri Lanka across multiple domains to the higher good of the two peoples.

For his part, the Sri Lankan minister stressed his country's determination to boost cooperation between the two nations to a higher level, noting that his country is paying a special attention to areas of common interest between UAE and Sri Lanka, particularly in the fields of politics, economy and food security. He lauded the great strides made by the UAE across different domains over the past years.

The meeting was attended by Sri Lankan State Minister for Foreign Affairs Vasantha Senanayake and Abdul Hamid Abdul Fattah Kazim Al Mulla, Ambassador of the UAE to the Republic of Sri Lanka.