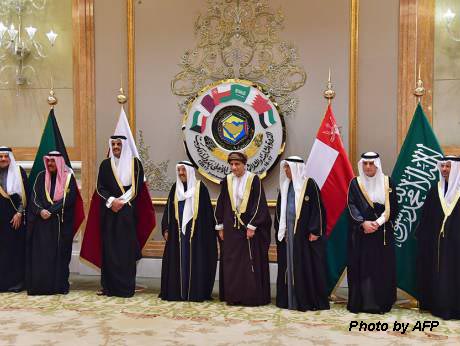 ABU DHABI, 6th December, 2017 (WAM) -- Against all odds, and despite the sharp differences that have emerged between the anti-terror quartet of Saudi Arabia, UAE, Egypt and Bahrain on one hand and Qatar on the other, over the latter’s support for radical groups inimical to the safety and stability of the Gulf states, the 38th Gulf Cooperation Council Summit kicked off in Kuwait yesterday, UAE daily commented today.

"GCC Secretary-General Abdul Latif Al Zayani was right when he said that holding the summit was crucial under the current circumstances," Gulf News said in an editorial.

The paper continued, "And no issue, big or small, was allowed to stand in the way of the summit. The fact that the countries got together was a testament to the Gulf states’ willingness to solve the crisis within the GCC. Since its formation in 1981, the GCC has remained one of the region’s most important groupings. Through it, the ultimate intention was to seek economic integration and social cohesion. The GCC brings together countries and people that have many commonalities. It is the political glue binding Gulf societies, and a representation on the international stage of a shared Gulf identity.

"Unlike some other political groupings, decisions taken at GCC summits carry a lot of weight. The fear was that the Qatar dispute would derail the summit. However, the reality is that diplomatic problems with Qatar warranted a summit now more than ever before. It is only when the GCC family gets together that it can iron out internal differences and concentrate on other threats to the stability of member states and the well-being of the people.

"The Gulf is an island of safety and prosperity in a region that continues to be plagued by political instability and extremist violence. Increasingly, the GCC, as an institution, has become a strategic necessity for the broader Middle East.

"These are testing times for Gulf Arabs. Iran’s expansionist agenda shows no signs of abating. On the contrary, Tehran seems more intent than ever on continuing with its policy of interfering in the affairs of its Gulf neighbours. In its relentless quest for regional hegemony, Iran seems to have abandoned any desire to seek better relations with the GCC.

"The importance of this summit lies in the fact that it comes at a time when the GCC is facing its gravest crisis in 37 years. There is no denying the seriousness of the Qatar dispute. The issue cannot be overlooked and needs to be addressed candidly. Only through honest dialogue can the obstacles in the path of full GCC cooperation be overcome," the Dubai-based daily concluded.