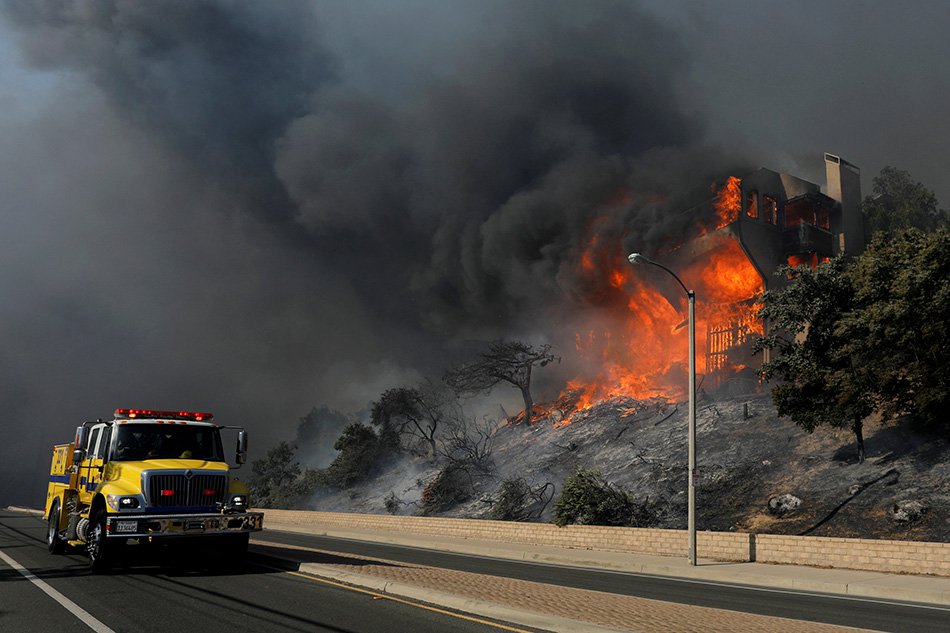 Some 200,000 people have evacuated ahead of the fires, which have destroyed hundreds of homes and forced hundreds of Los Angeles-area schools to close, according to Reuters.

Authorities feared the four major fires - ranging from Los Angeles up the Pacific coast to Santa Barbara County - would be whipped up by the region’s notorious westward Santa Ana winds that could reach hurricane strength.

The winds, which blow in hot and dry from the California desert, could reach 75 miles per hour (120 km per hour) on Thursday and create "extreme fire danger," according to an alert sent by the countywide emergency system in Los Angeles. The National Weather Service said high winds were expected to continue at least through Saturday.

The fires, which broke out on Monday and Tuesday, have reached into the wealthy enclave of Bel-Air on Los Angeles’ West Side. Some major highways in the densely populated area were intermittently closed.

No civilian casualties or fatalities have been reported but three firefighters were injured, the Los Angeles Fire Department said.

The Los Angeles Unified School District, the country’s second largest with more than 640,000 students, said it closed at least 265 of its nearly 1,100 schools.

Dozens of schools also were closed in neighboring Ventura County, where the largest of the area blazes, the Thomas Fire, has charred more than 96,000 acres (38,850 hectares). The school district, with nearly 17,000 students, hoped to reopen on Monday.

"But that will only happen if a number of factors are in place that will guarantee the health and safety of our students and staff," Ventura Unified School District Superintendent Dave Creswell said in a statement.