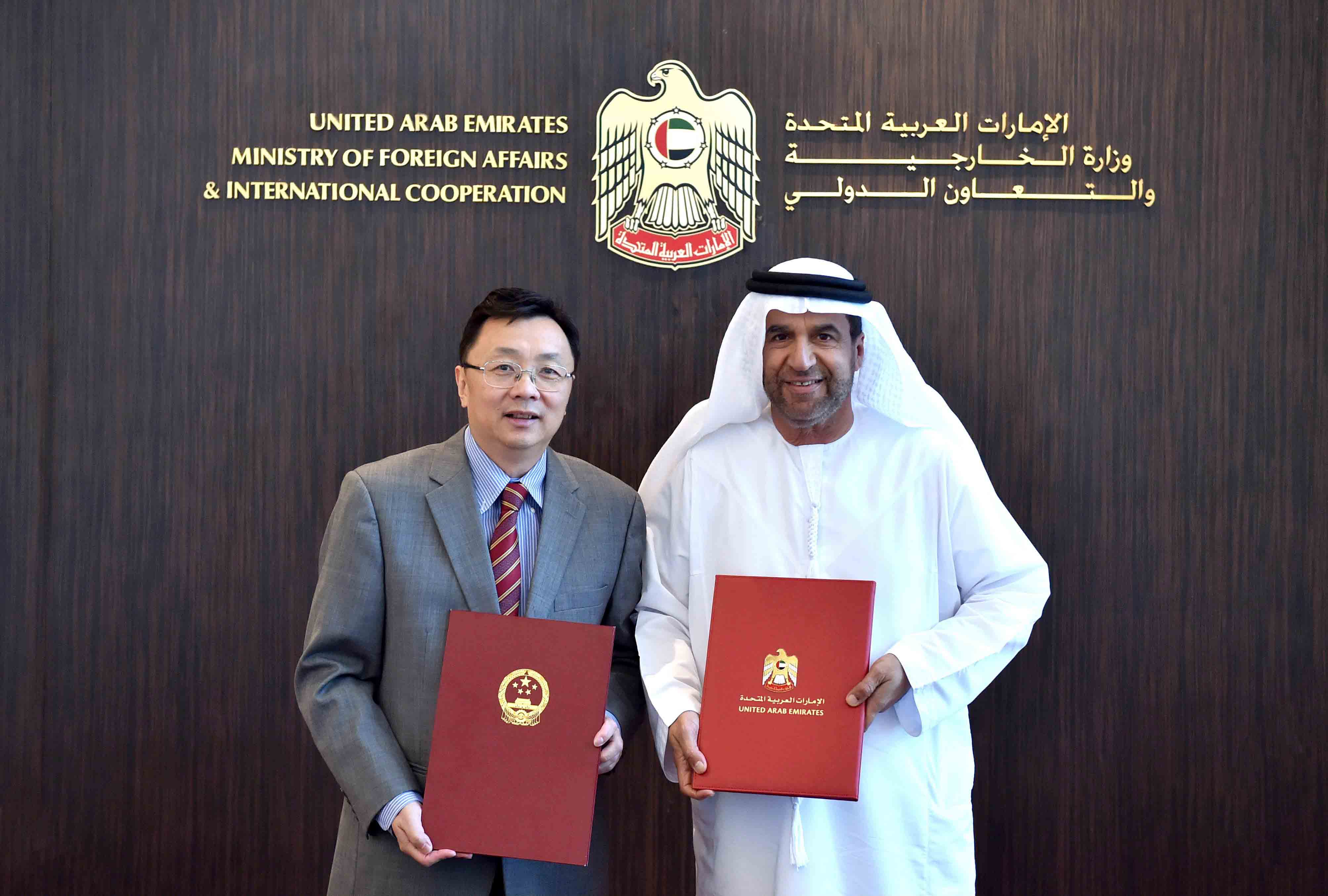 ABU DHABI, 19th December, 2017 (WAM) -- The UAE and China have signed a Memorandum of Understanding, MoU, to exempt UAE nationals carrying regular passports from obtaining pre-entry visas, with the possibility of staying for up to 30 days on each visit, starting from 16th January, 2018.

The MoU was signed on Tuesday in Abu Dhabi by Ahmed Saeed Elham Al Dhaheri, Assistant Under-Secretary for Consular Affairs at the Ministry of Foreign Affairs and International Cooperation for UAE, and Ni Jian, Ambassador of the People's Republic of China to the UAE.

Al Dhaheri said that from 16th January, 2018, UAE citizens can visit China without getting a pre-entry visa and stay for up to 30 days per visit.

Al Dhaheri added that the move by the Chinese Government reflects the stature attained by the UAE and contributes to strengthening bilateral relations and opening new avenues for growing tourism and trade between the two friendly countries.

"The UAE has become a model for good governance, moderation and peaceful co-existence and a symbol for achievement and excellence at the international levels," he said.

He also noted that the welfare of the UAE citizens features as a priority in the wise leadership's vision.

China opened its embassy in Abu Dhabi in April 1985 and its consulate in Dubai in November 1988.