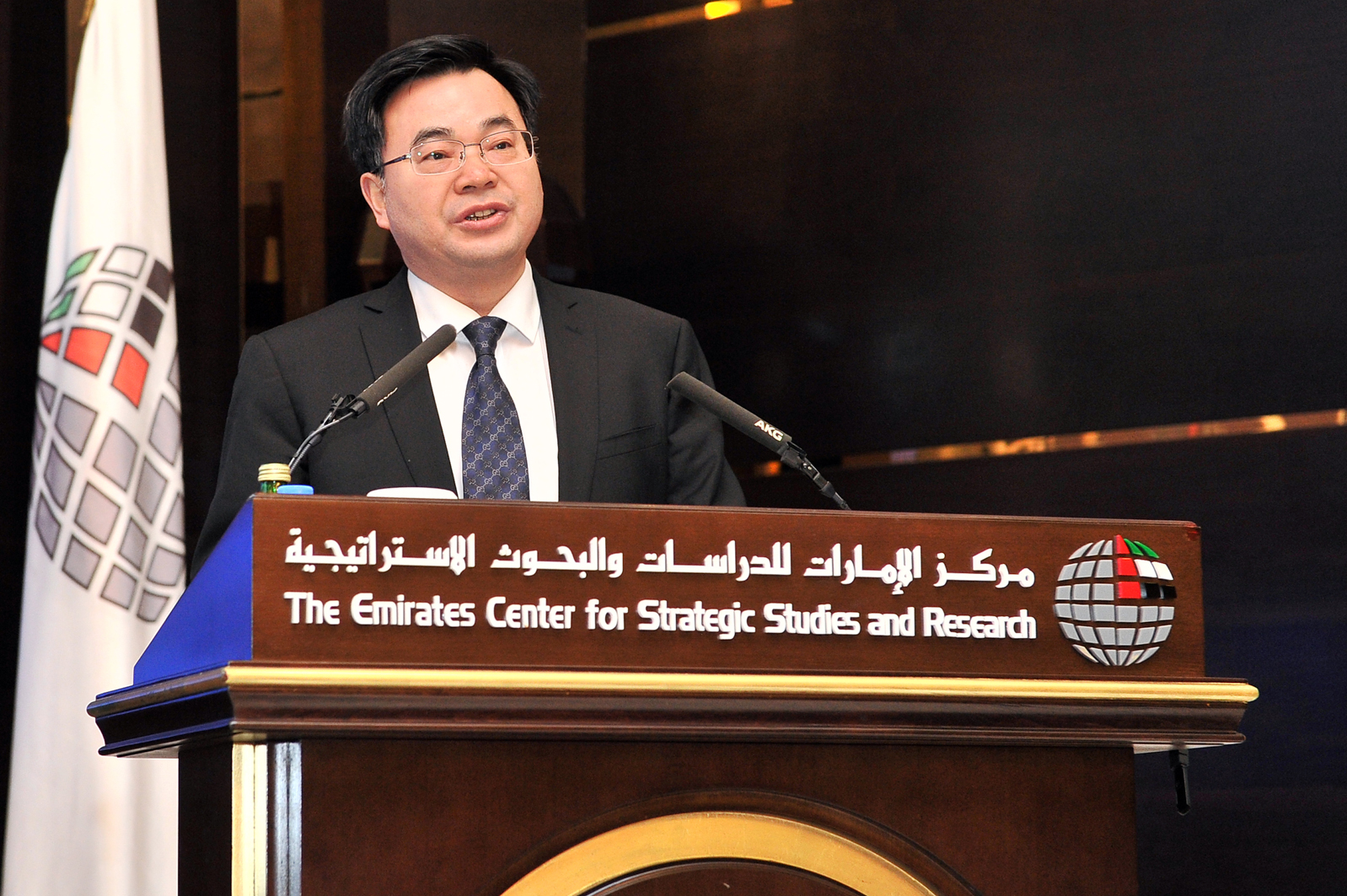 ABU DHABI, 25th December, 2017 (WAM) -- Hu Changsheng, Director-General of the Organisation Department of the Communist Party of China at the Fujian Province, has praised the UAE’s overall advanced social and development experience.

Changsheng made this statement during a lecture organised by the Emirates Centre for Strategic Studies and Research, ECSSR, at its headquarters in Abu Dhabi, under the theme, "Promoting the Spirit of the 19th National Congress of the Communist Party of China," with the attendance of several senior personalities, members of the diplomatic corps, and leading researchers, academics, intellectuals and media professionals.

Changsheng highlighted the development of the bilateral relations between the UAE and China, as well as the mutual appreciation of the leadership of both countries and their political confidence in advancing their economic relations.

He also noted their level of commercial exchange, which reached nearly US$40 billion in 2016. The UAE is one of the leading countries in the region to sign joint economic agreements with China, and is an attractive destination for Chinese visitors, he added.

He also valued the UAE’s desire to promote economic cooperation with China while further adding that China is a major market and Emirati investors have access to it.

During his lecture, Changsheng presented an explanation about the Communist Party of China while pointing out that the party manages all sectors in the entire country and is the largest party in the world, with around 89 million members and 4.5 million basic organisations. The party was established in 1921 and has been in power for 68 years, he added.

Changsheng also spoke about China’s development during the reign of the Communist Party, when it advanced from a developing country to the second largest economy in the world while highlighting China’s development goals and plans, most notably its plans to achieve prosperity and social modernisation.

The lecture is part of the ECSSR’s scientific and research activities, and its desire to shed light on international development cases and how to benefit from them, to serve the national economy.