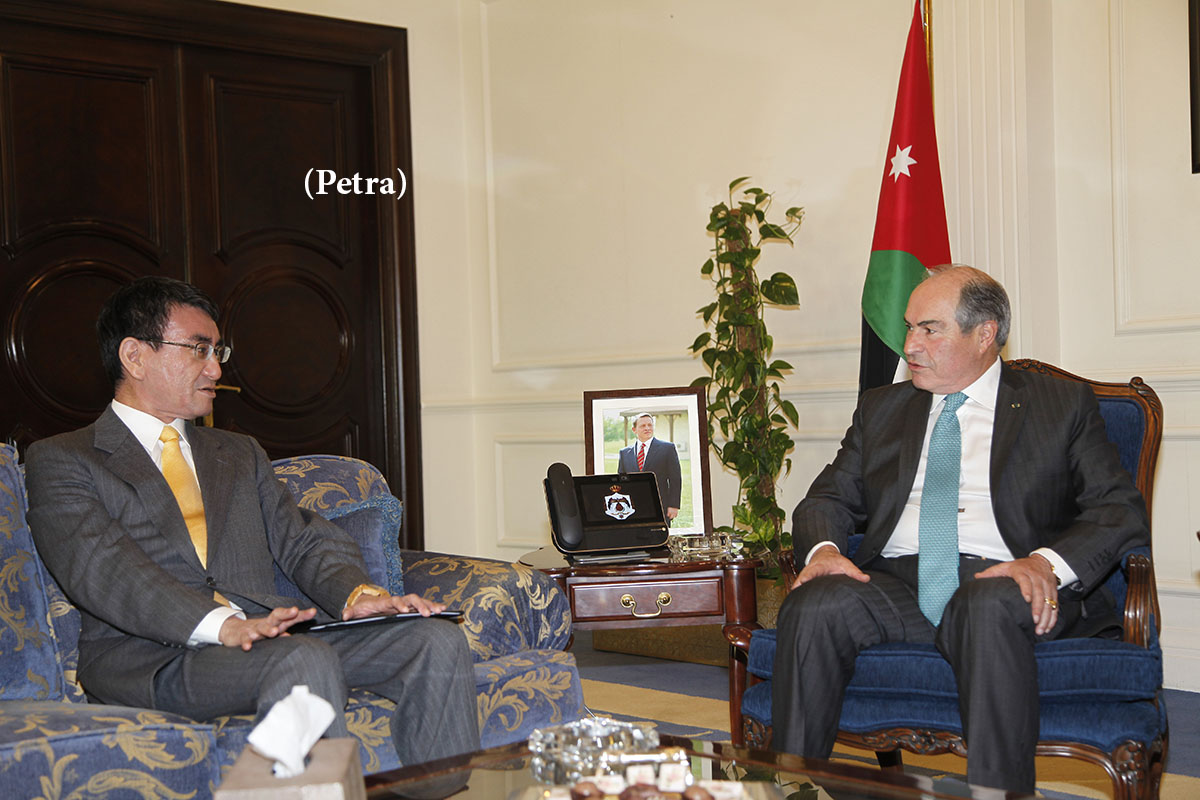 According to the Jordan News Agency, Petra, the meeting touched on developments in the Middle East, including Jerusalem, which, Mulki said, is a political issue of concern to the entire Muslim world and that its future should be determined through final status negotiations.

He also underlined Jordan's rejection of the United States' decision to recognise Jerusalem as the capital of Israel, which he considered as null and contrary to the international law and legitimacy.

He added that Jordan appreciates Japan's important political role to enhance security and stability worldwide and find a just and comprehensive solution to the Palestinian issue within the framework of the two-state solution.