Mohamed bin Zayed receives President of Eritrea - For Newspapers Only 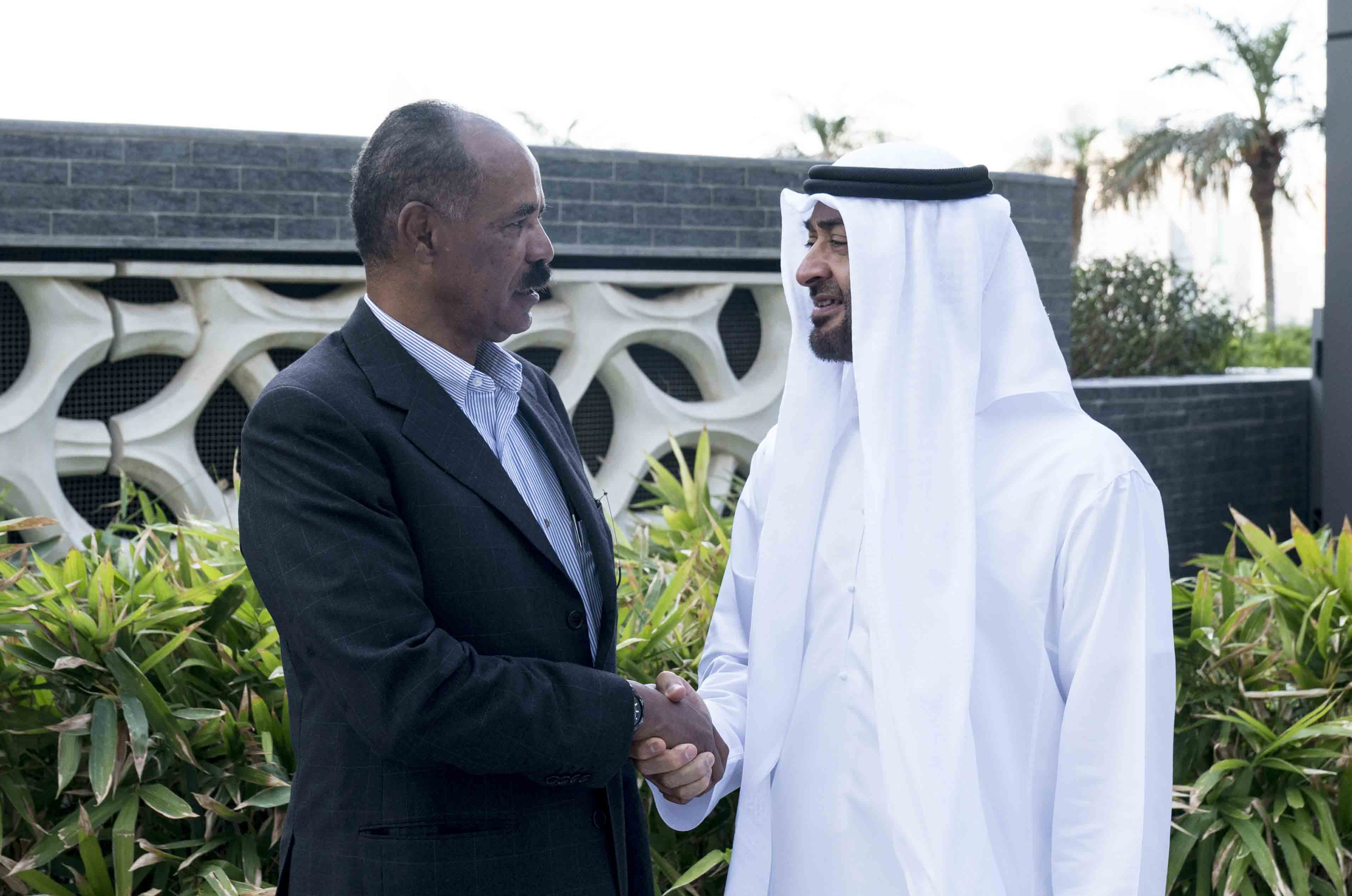 Sheikh Mohamed welcomed President Afwerki and discussed with him means of boosting and developing bilateral cooperation for the benefit of both countries and peoples.

During the meeting, the two sides reviewed various fields of cooperation between the two countries and the importance of working on their development. They also exchanged views on regional and international developments as well as a number of issues of mutual concern.

The meeting was attended by Ali Al Shamsi, Deputy Secretary-General of the Supreme National Security Council, Mohammed Mubarak Al Mazrouei, Under-Secretary at the Abu Dhabi Crown Prince’s Court, and Humaid Saeed Al Neyadi, Deputy Director of the Office of the Minister of Presidential Affairs, and the delegation accompanying the Eritrean President.