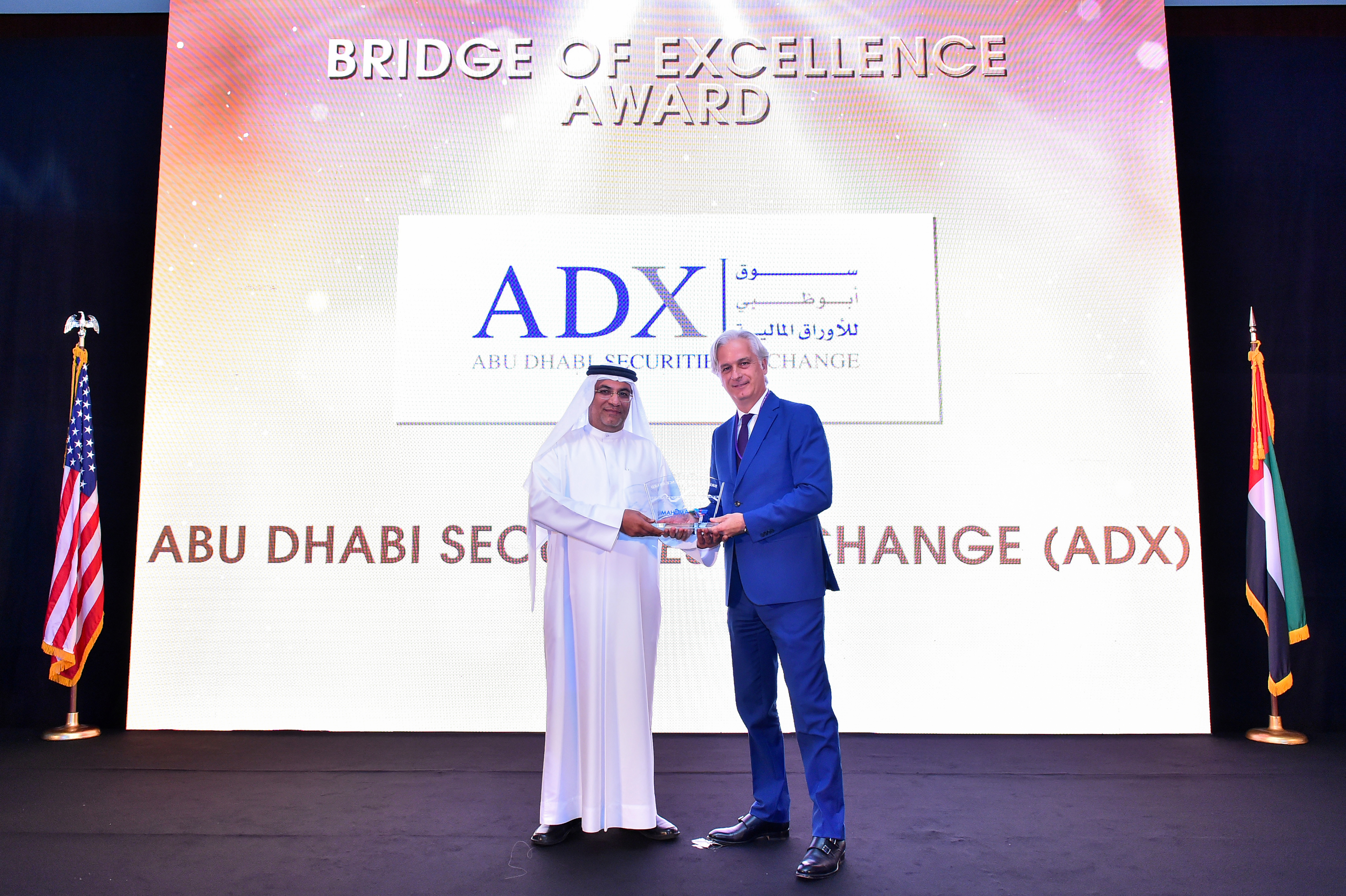 ABU DHABI, 31st January, 2018 (WAM) -- Abu Dhabi Securities Exchange, ADX, was recognised with the Bridge of Excellence Award at AmCham Abu Dhabi’s 8th Excellence Awards. The award recognises an organisation that bridges the gap in bilateral trade relations and demonstrates a commitment to cross-border business alliances or joint ventures between the US and the UAE.

Commenting on the award recognition, Chief Executive of ADX, Rashed Al Blooshi, said, "We are honoured to be recognised with such a prestigious award. Since ADX inception, we have been holding annual roadshows in the United States in order to provide American investors with the best investment opportunities available in the MENA region. Due to its commitment to the US investors, ADX currently has more than 3,800 American investors on the exchange with American investors ranked in the first place among non-UAE nationals in terms of market value of shares since 2015 and their total trading value - buy and sell - exceeded AED7 billion with a net investment of around AED1.5 billion by the end of 2017. ADX is also a host to 2,157 American asset management companies, among which are the 25 biggest asset management companies in the world in terms of Assets Under Management."

"ADX is always keen to partner with other business-oriented organisations to demonstrate the benefits of capital market investments. AmCham Abu Dhabi is an important networking organization for American businesses and we thank them for providing us with the opportunity to partake in this award," Al Blooshi added.

ADX Chief Executive reiterated, "ADX offers such an attractive investment opportunity in virtue of the stable economic and legislative structure in which it operates. In Abu Dhabi we are fortunate to have the high growth investment opportunities afforded by a developing economy whilst also providing investors with the security of a regulatory environment similar to those found in more established markets with ADX offering one of the highest cash dividend yields in the world with around 5.3 percent."