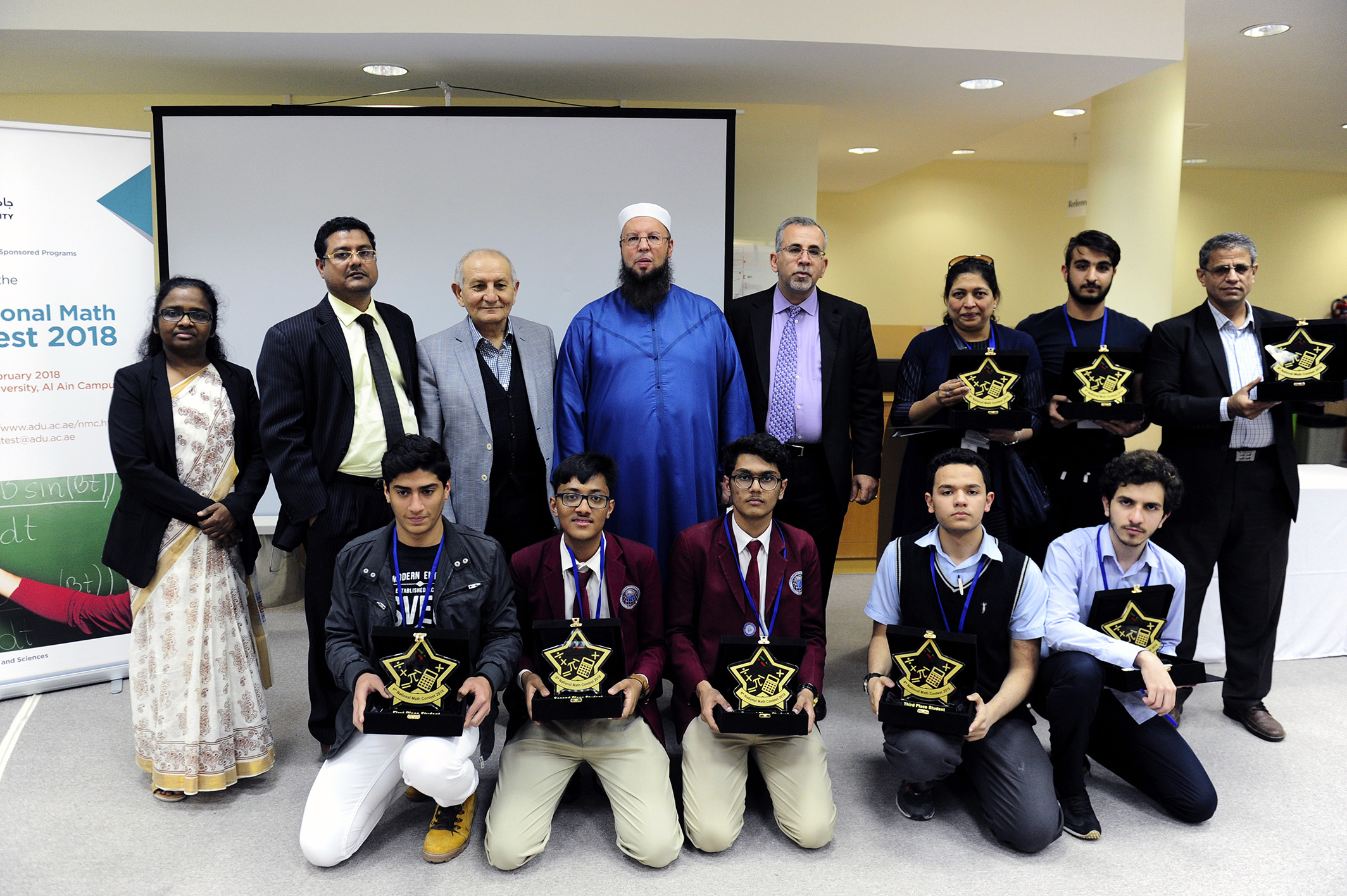 ABU DHABI, 4th February, 2018 (WAM) -- College of Arts and Sciences at Abu Dhabi University (ADU) organised the sixth edition of the annual National Mathematics Competition, to highlight the importance of mathematics and its applications in practical life.

Held at ADU Al Ain campus, the competition attracted 150 high school students representing 40 schools across the UAE. Divided upon 75 teams, students compete to solve mathematics problems applied in real life situations over two rounds. All participating teams took part in the first round competing against each other, after which only the top teams qualified to the second and final round.

Commenting on the competition, Dr. Hamdi Sheibani, ADU’s Dean of College of Arts and Sciences said, "The increased turnout of student participants, year after year, is a testament to the competition’s success. Abu Dhabi University is always keen to discover talented students with scientific and mathematical skills to encourage them to think outside the box and face the challenges of the future."