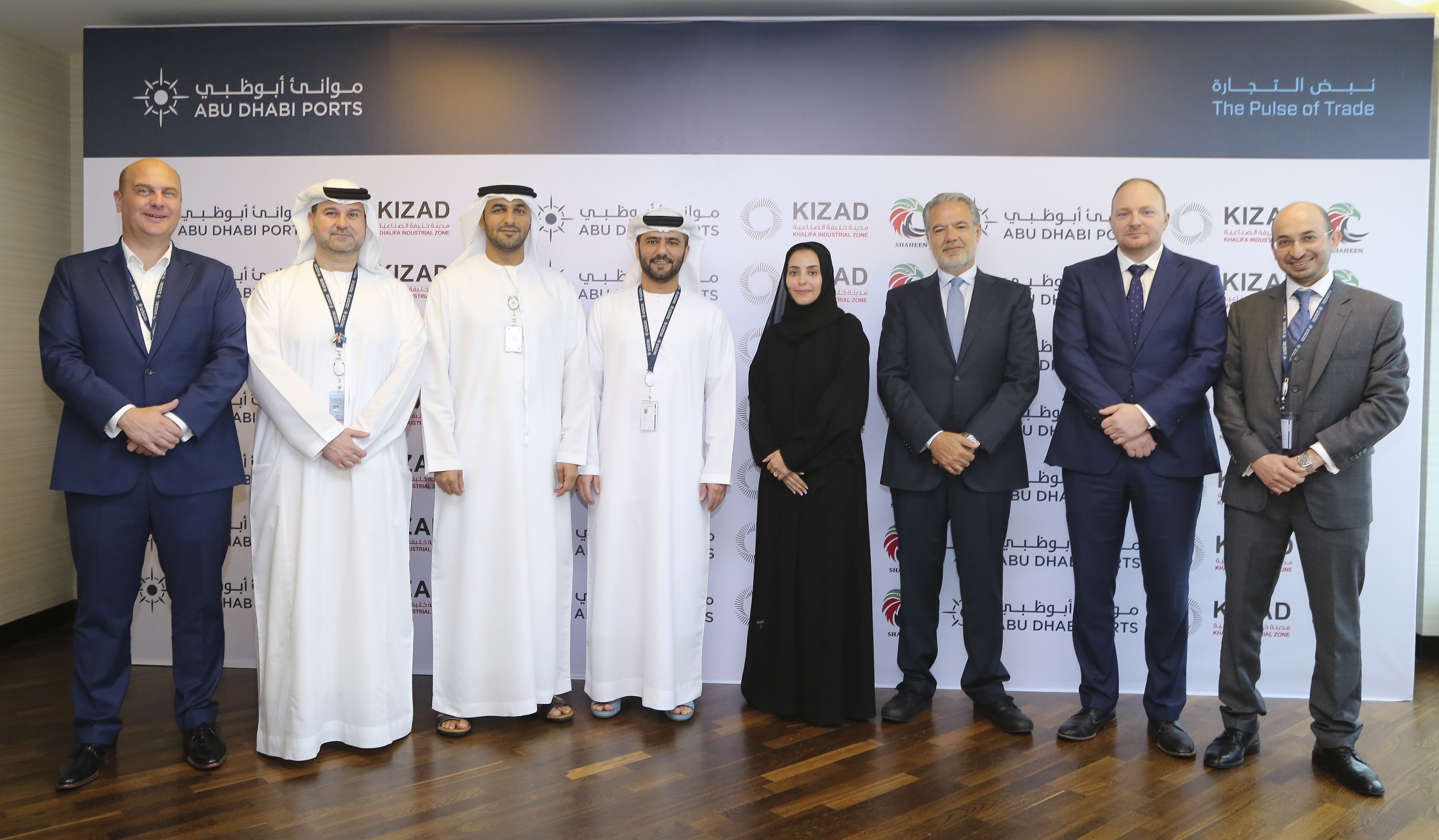 ABU DHABI, 11th February, 2018 (WAM) -- Khalifa Industrial Zone of Abu Dhabi, KIZAD, and Shaheen Chem Investment LLC announced the signing of an agreement for the land lease of a two-phase chemical complex in the industrial zone with an expected investment of AED4 billion.

The plant will support the UAE’s growing chemical manufacturing sector as well as supply major industrial giants such as Emirates Global Aluminium, EGA, with raw material. Shaheen Chem Investment will also pioneer the production of ethylene dichloride in the UAE, showcasing KIZAD’s role as an industrial hub for the country.

Construction of the complex will take place over a dedicated 330,000 square metres of land in KIZAD, in addition to a dedicated port terminal at Khalifa Port.

The first phase of the plant is expected to produce 130,000 tonnes per year of caustic soda for EGA’s Al Taweelah alumina refinery and 160,000 tonnes per year of ethylene dichloride. Upon completion of the second phase, caustic soda production capacity will double and the plant will expand operations with vinyl chloride and polyvinyl chloride production.

Rashed Al Suwaidi, Chairman Shaheen Chem, commented, "We are grateful to Abu Dhabi Ports for their support. We now look forward to building our plant at KIZAD to supply EGA with the caustic soda it needs. We are also excited to become the first producer of ethylene dichloride in the UAE and to later bringing vinyl chloride and polyvinyl chloride production to the country as part of phase II of the project."

Captain Mohamed Juma Al Shamisi, CEO of Abu Dhabi Ports said, "Since the launch of Khalifa Industrial Zone Abu Dhabi, under the guidance of our wise leaders, we have aimed to support the growing industrialisation of the UAE and diversification of our economy. We are delighted to embark on this partnership with Shaheen Chem Investments, which is an embodiment of our vision of being a world-class, integrated industrial zone."

"Through this signing we are reinforcing our commitment to promote growth and trade as well as providing our valued customers from a wide range sectors convenient access to raw materials and the Khalifa Port facilities, as well as international standard infrastructure."