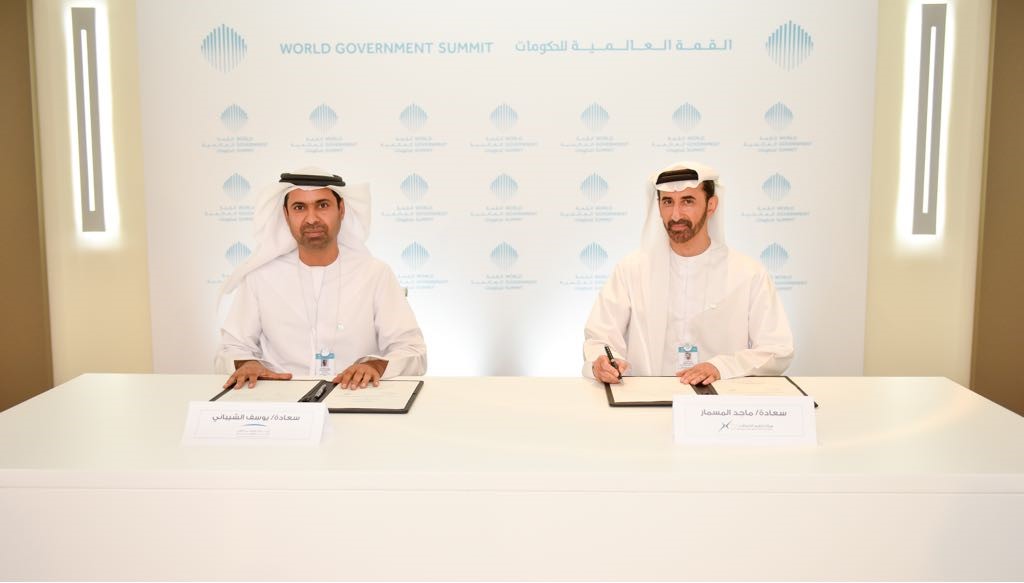 Under the agreement, the TRA will fund the Emirates Mars Mission 2117 launched by the Vice President, Prime Minister and Ruler of Dubai, His Highness Sheikh Mohammed bin Rashid Al Maktoum.

The agreement was signed by Majed Al Mesmar, ICT Fund Chairman of the Board of Trustees, and Yousuf Al Shaibani, MBRSC Director-General. The terms of the agreement include the cooperation of the two parties to develop and build national capacities capable of exploring space, to enhance the UAE’s leading role in developing the living system on other planets, through research and development in space science.

Commenting on the signing, Al Mesmar said, "We are pleased with the level of integration and coordination between TRA and MBRSC, which is a model that represents the leadership’s directives regarding collaboration between government entities, to achieve the national vision of reaching the first position in various areas and fields. A few days ago, we celebrated in the UAE the launch of KhalifaSat, the first Satellite fully manufactured by Emirati Engineers. This step constitutes a great incentive for us to develop and support young national talents and cadres, who can seize the momentum and continue the work in high spirits, to preserve and build upon these gains, to enhance the UAE’s scientific position and its contributions in building the civilisation of humanity."

"This agreement is part of a series of agreements and steps that the ICT Fund in TRA is undertaking, to train and prepare young national cadres, to work in the ICT sector, including the space science sector. We assure that this cooperation with MBRSC will have a significant impact in pushing space research and development efforts to new horizons, by providing the latest equipment and technologies, in addition to opening the doors to building partnerships, cooperation and sharing experiences with the best international institutions in this field," he added.

Al Shaibani said, "We are incredibly proud of our cooperation with TRA, a step that supports the long-term strategy of MBRSC, which aims to enhance the UAE National Space Programme in the national economic system within a few years.

"The UAE’s entry into the space world and technology field, constitutes a major development in its journey, relying on the minds and ideas of a promising generation of its qualified people, with their various scientific knowledge, whom have the will to build with the support and care of the wise leadership, who has spared no efforts to support the UAE’s entry into the space world. We believe that our role as a scientific and research centre specialising in space and advanced technology is integrated with the country’s orientation, and we aim to make a positive impact on the growing space community around the world."