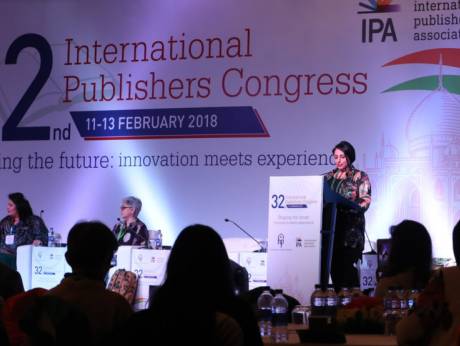 ABU DHABI, 15th February, 2018 (WAM) -- A UAE newspaper has said that the UAE leadership has been exerting great efforts to foster a culture of reading in the community, an approach clearly manifested in major cultural exhibitions and festivals, such as Sharjah International Book Fair, Abu Dhabi International Book Fair and Sharjah Children’s Reading Festival, among others.

"A special mention should be made about Sheikha Bodour bint Sultan Al Qasimi, Founder and President of the Emirates Publishers Association, who relentlessly strives through her efforts in the publishing industry locally, regionally and internationally to highlight the importance of reading to children, young adults and youth," said the Gulf Today in an editorial on Thursday.

As Sheikha Bodour pointed out, landmark initiatives launched by the UAE, like funding public libraries, distribution of home libraries, and honouring distinguished authors and publishers, have all contributed to the adoption of reading as a lifestyle by all members of the Emirati society.

"The UAE has consistently shown keenness to create a reading community and promote the benefits of reading among children," added the editorial comment.

It continued, "Just last month, the Sharjah-based Knowledge without Borders, KwB, initiative "1001 Titles" announced the launch of the second phase of 1,001 Emirati titles for 2018-2019, saying that registration was open to all publishers.

"The initiative provides writers and publishers with the opportunity to benefit from grants and funds to further enrich the cultural landscape in the UAE and the Arab world and establish a knowledge platform for new generations.

"Sharjah has now turned into a cultural and literary hub of the region. The emirate’s efforts in promoting literature, arts, reading and knowledge got another recognition this week, when it was chosen as the "Guest of Honour" at the 2019 New Delhi World Book Fair.

"Sharjah will be fulfilling a similar role at the Sao Paulo International Book Fair this year, and will be received as a Special Guest City at the Paris Book Fair 2018, and will play Guest of Honour once again in 2020 at the 57th Bologna Children’s Book Fair."

"For all the talk about technology blurring reading habits, the UAE has shown the world that it is not easy to erase the power of the written word," concluded the Sharjah-based daily.