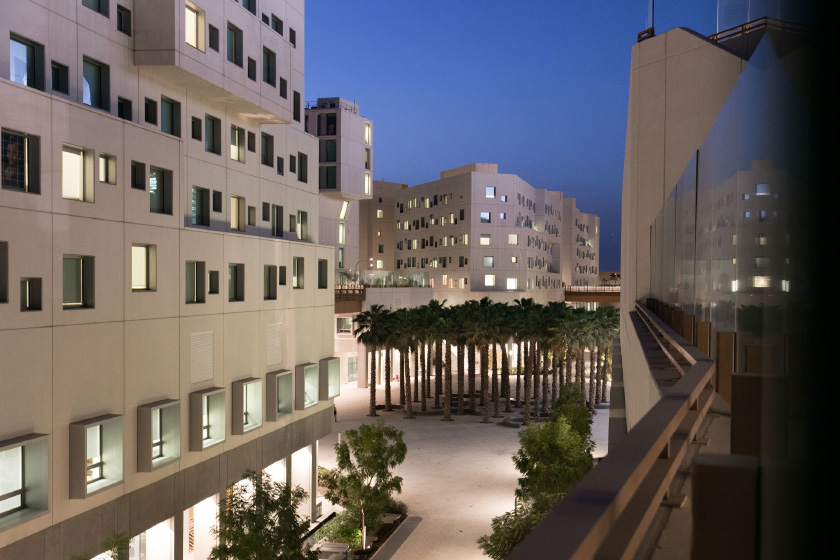 ABU DHABI, 28th February, 2018 (WAM) -- Ninety-seven percent of last year’s graduating class from New York University Abu Dhabi, NYUAD, have succeeded in finding employment or in taking up graduate studies at universities like Yale, Harvard and Oxford, according to a report issued by the university.

Of those pursuing further studies, 36 percent of the total, have enrolled in graduate or professional schools across 15 countries in order to pursue doctoral, science, math, engineering, law, and master’s degrees at top academic institutions around the world including Harvard University, Imperial College London, Yale University, and Paris School of Economics.

Of the students enrolled in graduate or professional schools, 65 percent received scholarships for their studies, including highly-prized Rhodes and Fulbright Scholarships.

The data is contained in a recently-published Life Beyond Saadiyat report, based on NYUAD’s annual first destination survey, which captures the first destinations of graduates within six months of graduation. The survey timeline and questions are based on protocols set out by the US National Association of Colleges and Employers. In addition to hard data points about location and current roles, the survey provides insight into the career development process of students before graduation in terms of their confidence, career preparation, and future orientation.