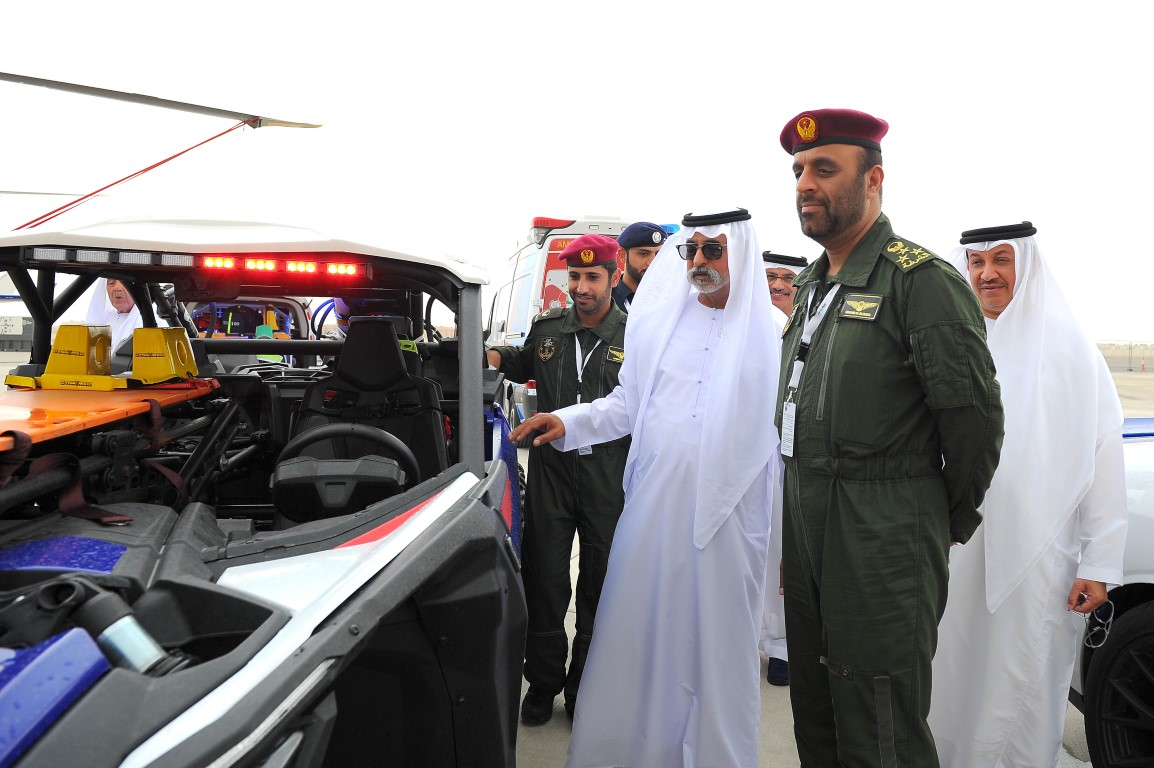 Sheikh Nahyan listened to an explanation by Major Pilot Hammad Rashid Al Ketbi, Representative of the Abu Dhabi Police Air Wing Administration, about its air ambulance and humanitarian and social services provided to the public.

He also reviewed the list of patrols of the Emergency and Public Safety Department and listened to an explanation by Captain Ahmed Hassan Al Hammadi, Paramedic Officer at the Ambulance Department, about the department’s sand ambulance patrol, first responder’s bike, first responder’s car and ambulance car. Sheikh Nahyan also learned about the duties of the Traffic and Patrols Directorate.

Brigadier Al Nuaimi listened to an explanation by Major Al Ketbi about the participation by the Abu Dhabi Police in the exhibition, where it discussed the air ambulance that is equipped with the latest medical equipment, as well as its duties to rescue those injured in road traffic accidents and transfer them to hospitals to receive treatment.

He also reviewed the other patrol services provided by the Abu Dhabi Police.