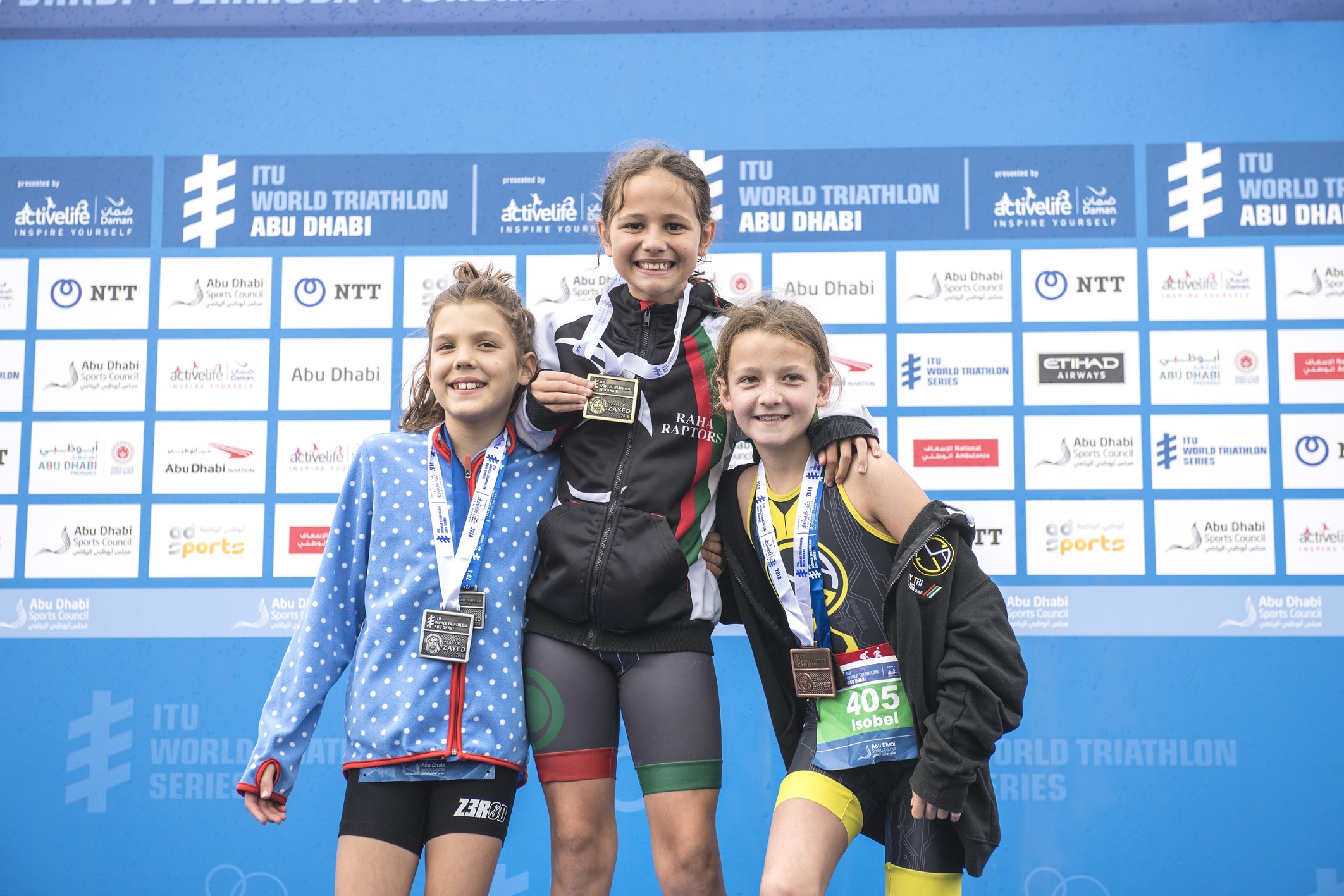 ABU DHABI, 2nd March, 2018 (WAM) -- A thrilling sprint finish took place in the junior male category at the 4th ITU World Triathlon Abu Dhabi, where 15-year old Kai Boggon, a Team GB hopeful, won in the 14 to 15 age group competition, ahead of Ethan Bennett, with the pair battling it out throughout the swimming, cycling and running sections of the Yas Island course.

Commenting on his performance and gold medal, Kai said, "It means a lot. This is one of the biggest races of the year, so I am happy to win. I have been training really hard, putting in extra work, and going that extra mile, so it is nice to see that my work is paying off."

Over 500 young competitors took part in Friday’s junior triathlon, with many spectators showing their support for their brothers, sisters, family and friends.

Future female triathlon stars also won medals at their respective events, and 11-year-old Hasting Small won gold in the 9 to 11 age group competition. "I really enjoyed the swim on today’s course. The few times when I swam here, the water was quite cool, so today was nice. The run was good, and it was great to race with my friend, Luna," she said.

The ITU World Triathlon Series, held on 2nd and 3rd March, 2018, saw the participation of the world’s best triathletes and brought entertainment to Abu Dhabi.

The UAE’s most inclusive triathlon event welcomed thousands of spectators from around the globe, and participants from 51 countries descended on Abu Dhabi for the opening race.