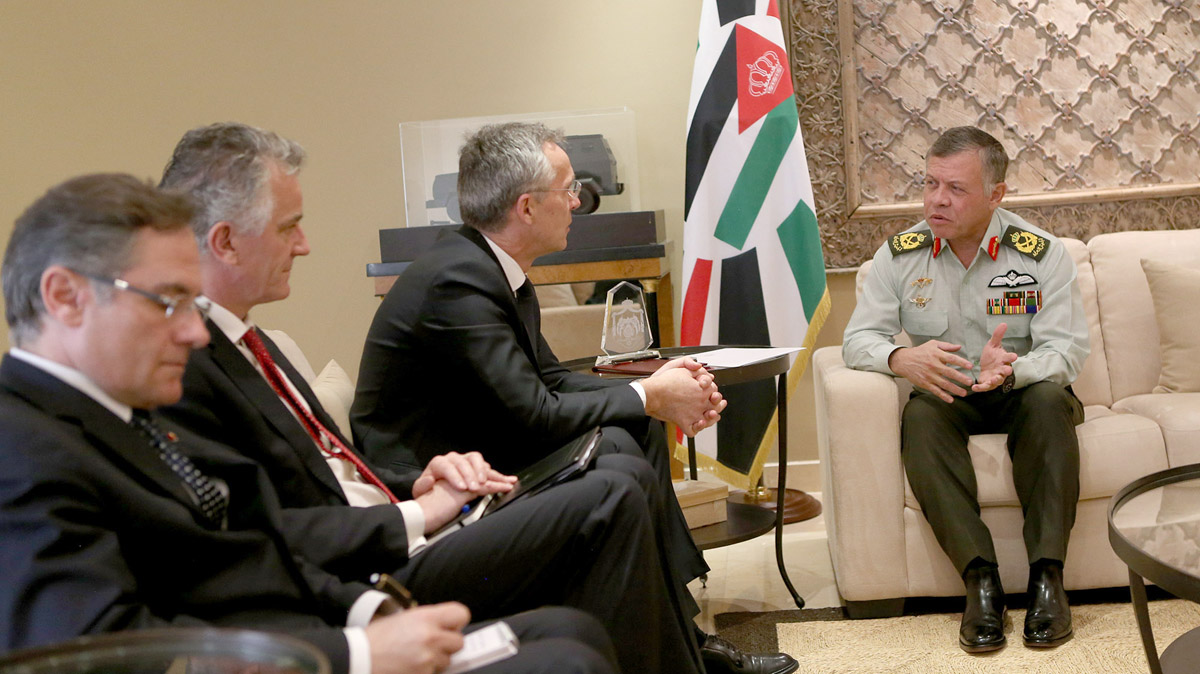 AMMAN, 7th March, 2018 (WAM) -- King Abdullah II of Jordan on Tuesday received Jens Stoltenberg, NATO Secretary-General, and discussed with him ways to boost cooperation and the latest developments in the Middle East region.

According to the Jordan News Agency, Petra, military training, and efforts to fight terrorism, which threatens global peace and security, also figured high on the discussion, where the King voiced Jordan's desire to cement the partnership with the alliance.

The meeting also touched on the need to build on existing agreements between the two sides, including a bilateral cooperation and partnership programme on building the Kingdom's defence capacity and renewal of Jordan's membership within the group of advanced partners with NATO for another three years.

On Syria, King Abdullah said efforts should be stepped up to find a political solution to the crisis that preserves the country's unity and territorial integrity, Petra reported.