FAHR International Conference to be held on April 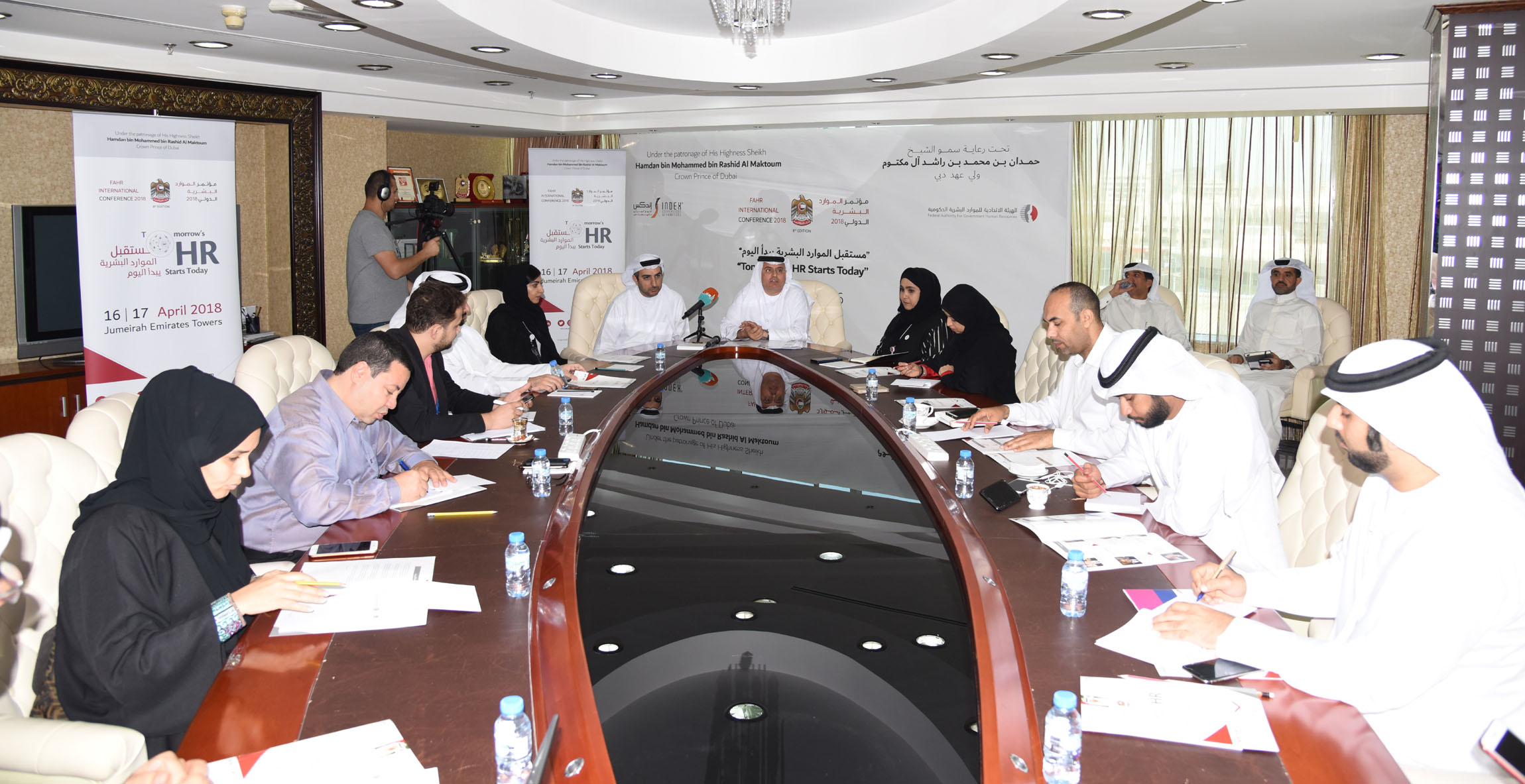 The event, considered the Middle East’s largest government human resources event, will be under the theme, "Tomorrow’s HR Starts Today".

Dr. Abdul-Rahman Al Awar, FAHR Director-General, said that the conference will attract 500 experts, specialists and stakeholders specialised in human resources from the UAE, the region and the world, representing all sectors, as well as a number of ministers and officials of the civil service and human resources in the GCC countries.

Speaking during a press conference today, Dr. Al Awar noted that the UAE foresees the future through the adoption of the best global regulations, legislations, expertise and practices in various fields. The enhancement of its prestigious position regionally and globally depends on keeping pace with the rapid global changes in various sectors and the extent of its interest in human capital and its development.

He added that the UAE has established an integrated educational, training and development system, enacted policies and legislations, and launched initiatives that have had the greatest impact on the preparation, qualification and empowerment of promising and innovative Emirati talents with a high level of professionalism, knowledge, know-how and responsibility.

Dr. Al Awar then extended his appreciation to Sheikh Hamdan for his kind patronage of FAHR International Conference, which reflects His Highness' interest in the activities and events that support the development of human capital. He pointed out that the conference is an ideal platform to exchange the best local, regional and global experiences and practices in the management and development of human capital, in addition to highlighting the most prominent related issues, identifying the most important challenges facing it, and developing appropriate solutions to overcome these challenges, as well as the role of human resources in shaping the future of governments.