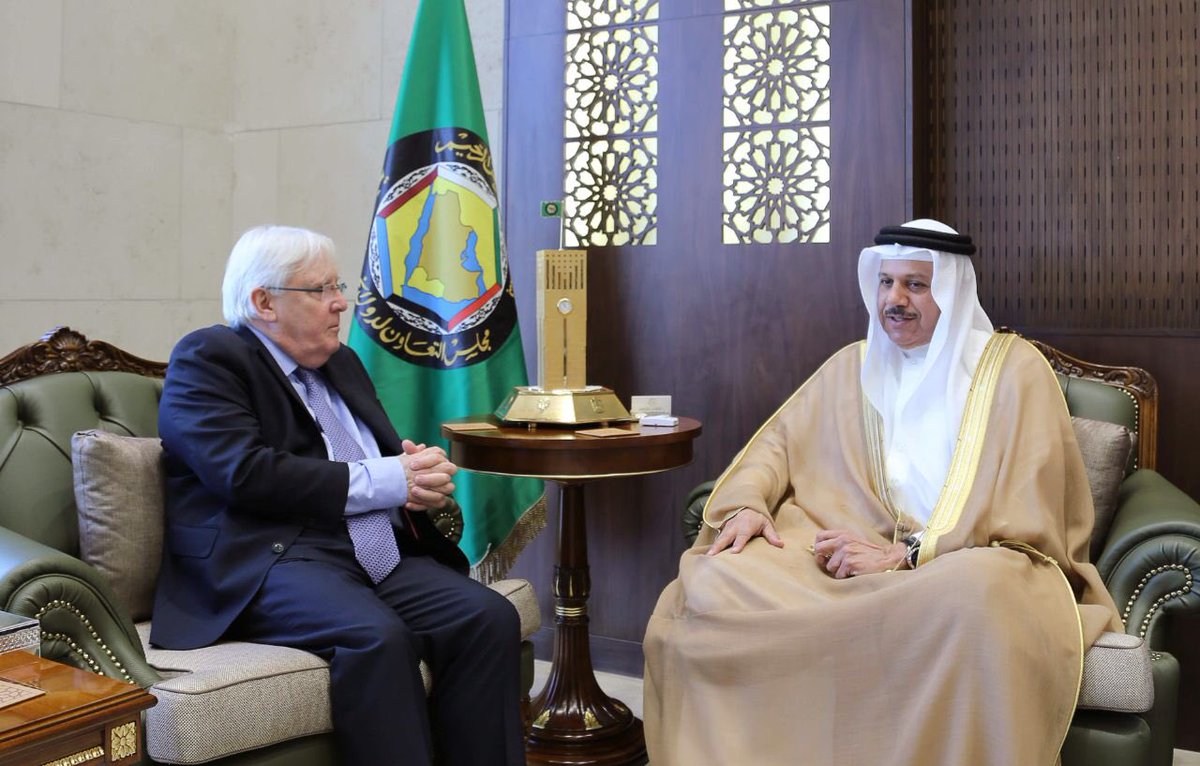 RIYADH, 21st March, 2018 (WAM) -- The Gulf Cooperation Council, GCC, said on Wednesday it backs the newly appointed UN special envoy for Yemen, Martin Griffiths' efforts for a political process in Yemen based on the GCC Initiative, which ensures the security and stability of that country, Kuwait News Agency,KUNA,reported.

GCC Secretary General Abdullatif Al-Zayani made the remarks during a meeting with Griffiths as he wished the British diplomat success in his newly acquired mission.

He described this as an important step, which affirms the international community's stance in rejection of the coup against legitimacy, and the need to halt the fighting and seek peace in order to end the Yemeni people's suffering.

The statement also welcomed the Saudi-led Coalition's decisions to inject USD 1 billion into the UN appeal and USD 2 billion in Yemen's Central Bank, as well as the various steps it has taken to facilitate the delivery of humanitarian aid.