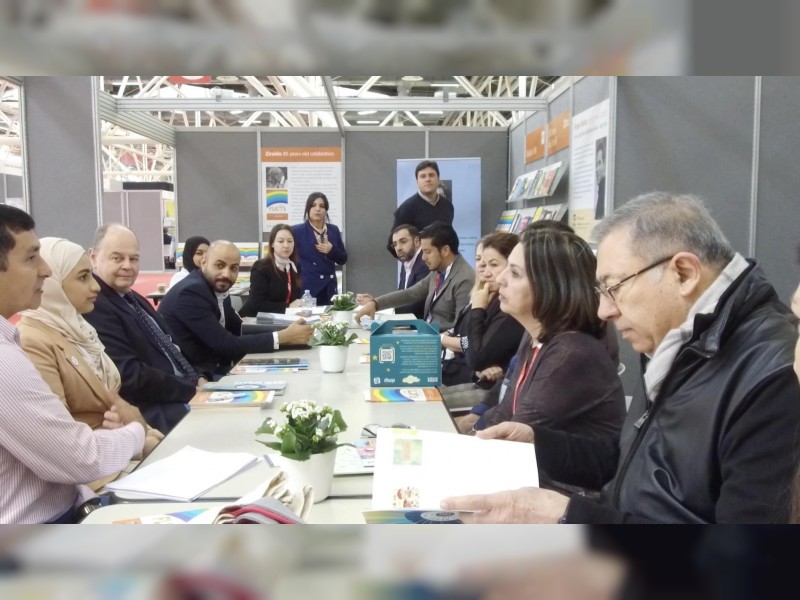 It was held on the sidelines of EPA’s participation at the 58th edition of the Bologna International Children’s Book Fair, which was recently held in Bologna, Italy. The event aimed to strengthen cooperation between Emirati and Brazilian publishers, and forms part of Sharjah’s cultural efforts as the appointed Guest of Honour at the 26th Sao Paulo International Book Fair 2018, due to be held in August.

The session was a great opportunity to highlight EPA’s efforts to advance the local and international publishing industry and be updated with the latest publications by Arab and foreign publishers in the field of children's literature, as well as to network, connect and cooperate with Brazilian publishers to launch joint ventures.

The matchmaking session saw the attendance of several Emirati publishers, including Kalimat, Al Hudhud Publishing and Distribution, Sama publishing house and Thaqafa Publishing and Distribution, who held discussions with 10 publishers hailing from Brazil. Youngest Emirati fiction author, Ayesha Al Naqbi, whose debut work was published by ‘1001 Titles’ also attended. ‘1001 Titles’ expressed its special and continued support for the deals entered into by Emirati and Brazilian publishers at the matchmaking session.

Rashid Al Kous, Executive Director of EPA, said, "We participated at the Bologna International Children's Book Fair, the most prestigious children’s book event in the European world, with a special focus this year. For the very first time since our inception, EPA was represented by a special pavilion. This gave us the opportunity to highlight the role of the UAE’s publishing industry, and was an important one for Emirati publishers who shared their experience with Brazilian and other international peers".

He lauded the efforts of the UAE National Media Council for supporting the participation of Emirati publishers at the Bologna Children’s Book fair, and its effective role in supporting initiatives that aim to develop the publishing industry in the UAE.

Majd Al Shehhi, Manager of the ‘1001 Titles’ initiative, said, "Within the framework of our vision that aims to increase the number and quality of Emirati publications, and enrich the UAE’s literary output, we are keen to support Emirati publishers and authors by opening doors for their works to enjoy greater representation on the global stage."

She continued, "Our pledge to support certain Emirati and Brazilian publishers who were part of this matchmaking session comes from a combined strategy we have drawn up with the EPA."

Al Shehhi underlined the great importance ‘1001 Titles’ attaches to literature for children and young adults, pointing out that a total of 775 books received full support in the first phase of the initiative in 2016–17.